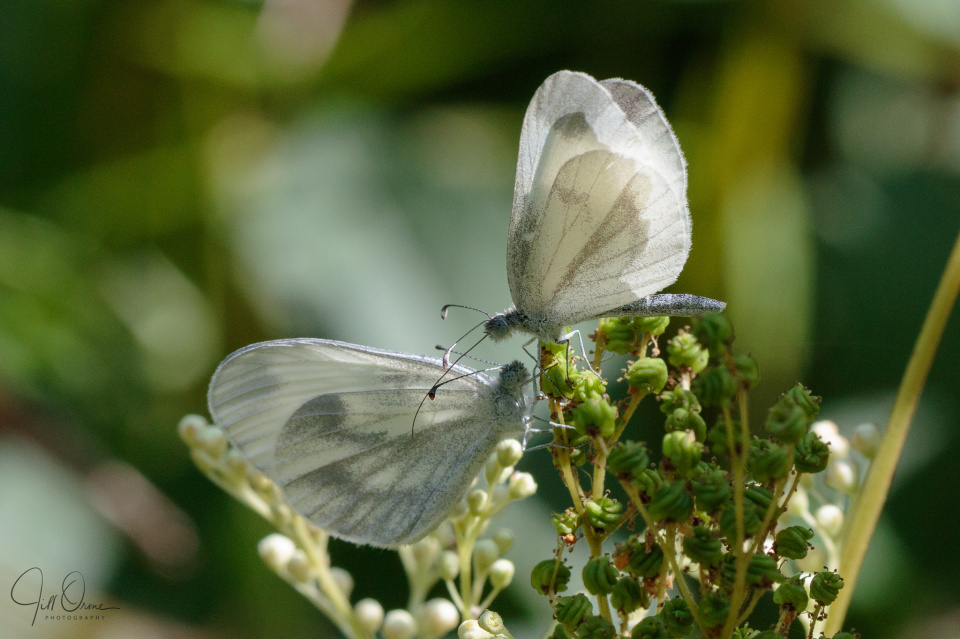 “The courtship of this butterfly is an amazing spectacle. Male and female face each other with wings closed and intermittently flash open their wings. At the same time, the male waves his proboscis and white-tipped antennae either side of the female’s head. If the female is receptive to these signals, the female bends her abdomen toward the male and the pair mate, staying coupled for around 30 minutes”
UK Butterflies: Wood White

Narrator: “On this occasion the female was not receptive, and after trying for several minutes to entice her into copulation, the male gave up and flew away to try his luck elsewhere. The female, who had kept her antennae laid back defensively throughout the attempted courtship, gradually relaxed and raised them…. 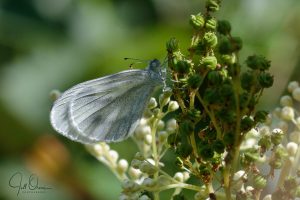 ….and after a couple of minutes returned to her previous occupation of laying eggs.” 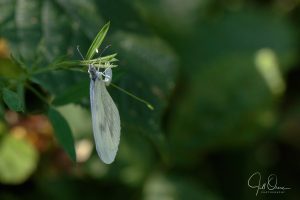 I had a pretty torrid time in Grafton Wood this morning. My car thermometer was registering 29°C by the time I pulled into the car park, shortly after 10am, after which I still had a four-field walk to reach the wood. I thought about turning round and going back home, and rather wish I had, although this would have caused me to miss the experience of watching the famous Wood White courtship display. However it would also have saved me from mild heatstroke, and from falling in one of the ponds, which I’m going to call a swings and roundabouts situation.

Although I also had a pretty poor day with the camera, I did actually take better photos than these (not least some macro shots of a Southern Hawker apparently settling to roost in the wild garden this evening); but though the light was horrible and the environment unphotogenic, I felt that I had to share this courtship, which most people won’t have been lucky enough to see in person.