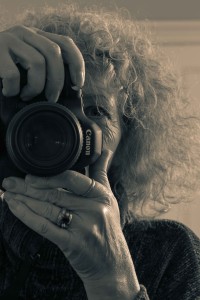 I live in the Heart of England, and most of my photographs are taken in the West Midlands area. I bought my first SLR camera, a Pentax ME-Super, in 1982; after a few years I traded up to a Minolta, and used that until my first engagement with the digital photography revolution in 2006. Back in my Pentax days I had mainly worked in what would now be called Aperture Priority mode, but with a pretty good understanding of the exposure triangle – but over the years I’d become lazy and had relaxed into auto shooting, to the point at which I could barely remember the difference between an f-stop and an ISO number.

In 2014 I decided it was time to sort myself out, and I took Nick Kelsh’s on line course Going Manual to re-learn the basics of manual shooting. At the same time I challenged myself to do a 365 – taking at least one photo on manual settings every day for a year. I decided to post the 365 on line, and chose to sign up to the Blipfoto site, where I soon engaged with a community of enthusiastic photographers and bloggers. My own daily post, which had initially been just a photo with perhaps a line of explanation, rapidly evolved into a blogging habit – and by the time the 365 ended in May 2015 I was hooked. The blog posts on this site are essentially a mirror of my Blipfoto journal, though sometimes edited to make them more general.

In February 2018 I was delighted to be made a Licentiate of the Royal Photographic Society, after submitting this panel.

In January 2021 I received the Credit of the Photographic Alliance of Great Britain, after submitting these ten images

I’m currently using a Canon 5D Mark IV and a Canon 7D Mark II. The 5D is great in terms of its focusing system and its low-light performance, and though it’s large and heavy to carry about for long periods it’s the camera I generally walk around with. It’s most often coupled with the Canon L 100-400mm MkII – an excellent lens and a handy workout tool for the biceps; or the Canon L 24-70 f4, which is a great walkabout lens, as well as being good for landscape and architecture. I also have the Canon L 300mm f/4, which is a truly venerable old lens, and quite a bit lighter than the big zoom. The 7DII is good second camera, with an excellent focusing system, but it’s not a sterling performer in low light (which can be a problem in the English Midlands); but I use it a lot in the summer, mostly with the Canon L 100mm f/2.8 macro, where the extra reach is helpful for getting in close to my insect subjects. I shoot raw, and mostly process my images in Lightroom, though I also use Photoshop and the Nik and Topaz Labs’ suites of plug-ins, plus on occasion McPhun Tonality for mono conversions.

You can buy or license my images through Picfair.

For more information, or if there’s a particular image you’d like to see on Picfair, please email enquiries@jillorme.org.uk.