I thought it would be fun to get hold of some 00-gauge model railway figures for staging macro shots on wet play days. To my surprise I discovered on their arrival that the Bachmen don’t care for me at all, and I never quite know what tricks they’ll get up to next…

6th April 2016: The slattern who was notionally in charge of housekeeping had left an entire vase of dead tulips in the conservatory, for reasons linked in some unspecified way to photography. Luckily the Bachmen were available to deal with the situation, and soon came up with a plan for moving the debris to the compost heap. 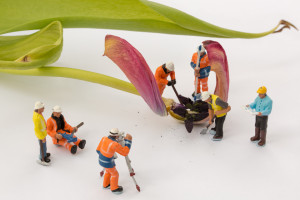 16th April 2016: The Bachmen were now closely monitoring the activities of The Slattern; the Bachmanager was making detailed entries in a spreadsheet, and intended to present her with some informative graphs at her next performance appraisal. Today, although reluctant to do anything which would reinforce her apparent belief that housework was performed overnight by elves, they felt that they must at least check if the gerberas she bought last week were still in good enough condition to be photographed for Flower Friday. They were pleasantly surprised to find that for once her decision-making had been adequate, and the gerberas remained blippable. 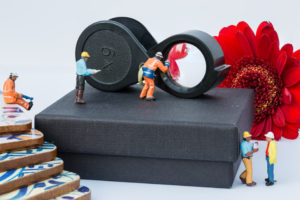 25th April 2016: The Bachmen were confident that The Slattern wouldn’t notice if they helped themselves to a couple of her diamonds and sold them on eBay, in order to top up the tea and biscuits fund. 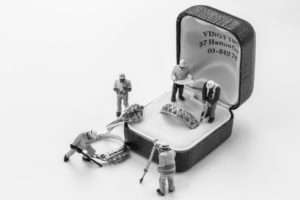 15th June 2016: It was raining so hard that the Bachmen didn’t dare go out for fear of being washed away, and they were bored and spoiling for mischief. They decided to see what happened if they drilled into a banana – fully confident that The Slattern wouldn’t miss it, given that her idea of ‘Five Portions a Day’ was one piece of carrot cake, one bar of chocolate and three glasses of red wine. 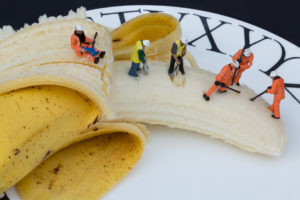 1st October 2016: The Bachmen were unsurprised to discover that The Slattern had discarded a perfectly serviceable Windows phone because it no longer sang and danced the way she expected it to: in their opinion she was the walking personification of the Throwaway Society. Likewise, they did no more than raise a collective eyebrow at the tantrum she performed on being unable to persuade the Windows device to relinquish the data it was storing to her new iPhone. However, after watching her drumming her heels on the carpet and biting the furniture for a while, they felt it better to take charge of the situation themselves, in the hope of restoring the household to what passed for normality. 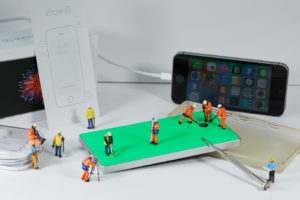 1st November 2016: Having reviewed The Slattern’s recent photographic output, the Bachmen came to the conclusion that she’d taken to eating her lunch off the surface of her lenses. “In which case,” said the Bachmanager, “she’s probably due for a bout of food poisoning right about now.” Though disappointed that she couldn’t even manage to keep her own lenses clean, they found themselves unsurprised that her slovenly approach to life extended even as far as her photographic equipment; and though lenses fell outside their contract, their professional pride would not allow them to leave the situation uncorrected.

They took advantage of her needing what she called “a rest”, and they called “slumping about in a heap”, the day after what she called “a lovely but tiring trip to Derbyshire” and they called “sitting in a car being driven to somewhere, eating a delicious meal cooked by someone else, and then being driven back again”, to begin on her 85mm. The Kango Operator was keen to start work, and his tiny face fell when the Bachmanager stood him down.

“Horses for courses, lad,” said the Bachmanger. “T’Kango’s a bit invasive for this job. But don’t tha worry – I’ve taken a look in’t lens bag, and’t macro’s absolutely encrusted wi’ grime. We’ll be needing thee for that.” The Kango Operator accepted his boss’ decision with his usual good grace, and went off to find something else interesting to do. 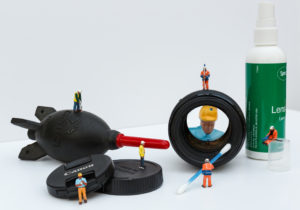