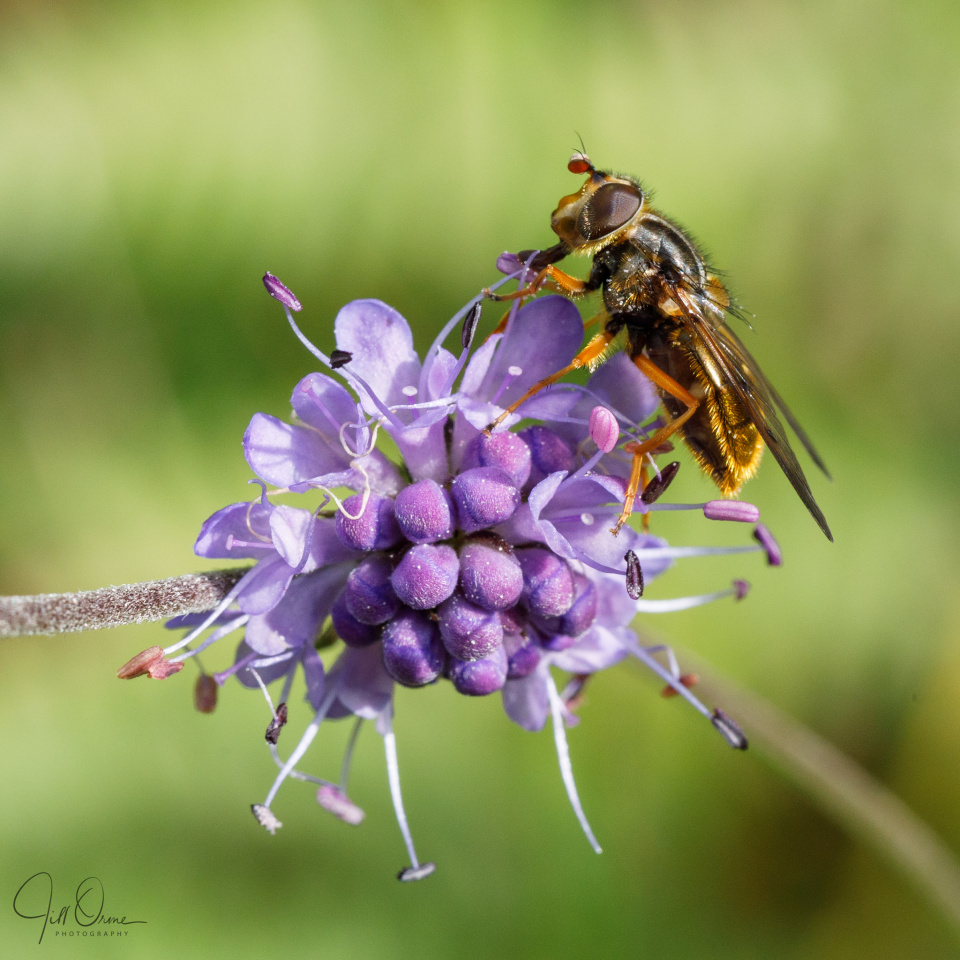 Mr/s Ferdinand’s hoverfly is described as coppery, though personally I’d say brassy was more accurate. Or possibly gold-plated – though maybe that’s tricky to render into Latin.

I went up to Trench Wood this morning, for the first time in three weeks or so, and though my energy only extended to a ninety-minute walk, that was plenty of time for me to find some interesting things to photograph. I’ve put a few of them into a post on my Facebook page, if you’d care to take a look.

Had she landed on a more photogenic background, the Sericomyia silentis would probably have had her shoulder tapped for this blog, because she was the first of her kind I’d ever seen. In the circumstances I was quite proud of myself for producing her name out of the heap of fluff under my mental sofa – which happened when I noticed that she was about the same size as a lesser hornet hoverfly (Volucella inanis), and remembered that according to Ball & Morris the two species are sometimes misidentified as each other. By people with extremely poor eyesight, I assume. The interesting thing about a Sericomyia silentis turning up in Trench Wood is that this is a species of moorlands, heaths, and peat bogs – habitats of which we have virtually none in the Shire, where the soil is mostly limey clay. However, Ball & Morris also note that it’s a wanderer, and can turn up well away from likely breeding sites, though why it would think that this was a good strategy is something of a mystery.

In the end, Ferdinandea cuprea gets star billing because it was my most-photographed hoverfly of the day – which is noteworthy in itself, because I first recorded the species just a month ago. It’s a showy little thing, and relatively bold for a hoverfly, but you need to act quickly when you see one because it’s busy, restless, and fast. I’ve chosen this image for my blog because I like the light, but the shot in my Facebook post is more descriptive of the species.