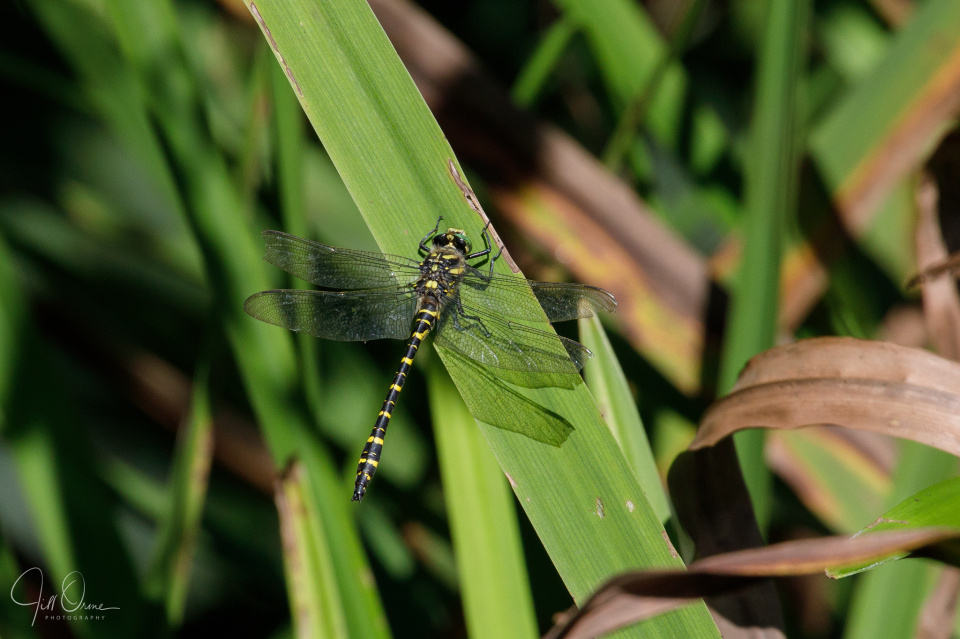 “You should have been here this morning,” I was told. “The place was teeming with them.”

This is, of course, the story of a nature photographer’s life: another woman I met today told me that she’d missed a kingfisher at one of the hides by seconds (allegedly), and had then wasted three quarters of an hour sitting there, vainly waiting for it to return. Sometimes you get lucky, and sometimes you don’t. And sometimes other photographers get their amusement by trying to wind you up, and the best response is to shrug your shoulders and smile.

Actually, even if it wasn’t teeming, there were a good number of dragonflies around on the Glamorganshire Canal this afternoon – including Migrant Hawkers, which I’d never seen there before – but they weren’t especially cooperative, and none of my photos were any closer than this one. On the positive side, I managed (just) not to fall in the water, while searching fruitlessly for the Golden-ringed pair that whizzed past me in cop before disappearing underneath the thick overhanging bank-side vegetation to consummate their passion, so even though I didn’t get a photo of that event, I also didn’t get wet and embarrassed, which I’m going to describe as a break-even situation.

I think I may have been missing my highly trained Odonata spotter more than I acknowledged to myself at the time: R was back in Llandaff, wearing out shoe leather and pram rubber, trying to walk a strongly resistant Baby B to the nap that everyone other than him was certain he needed. “No point both of us doing this,” he’d said, handing me the car keys, and thus I found myself flying solo for an hour at Forest Farm. It was fine, but I missed having him to chat to, and probably missed some good dragons by having to try to look in every direction at the same time. The 360° vision of a dragonfly would have come in pretty useful, but it’s a bit late now for me to be trying to grow a pair of wraparound eyes.