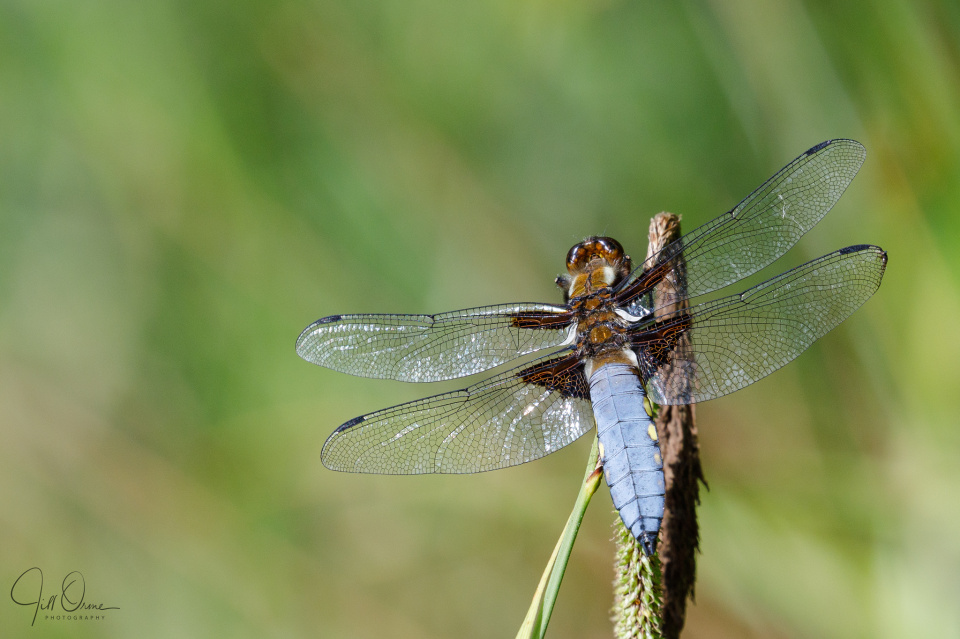 I walked around Trench Wood this afternoon, looking specifically for butterflies and dragons, and trying to ignore everything else. I found nine different kinds of butterfly, including Silver-washed Fritillaries and White Admirals, and several different moths including a very chic Five-spot Burnet, but I couldn’t find any Purple Hairstreaks, even though there have been a couple of sightings at this site over the past few days.

Last year all my best Purple Hairstreak sightings happened during the last week of June, and by early July there were so many of these tiny butterflies around the wood that I’d pretty much given up taking anything other than record shots of them. I hope the issue this year is just that the cold snap we had a month ago has set them back, and that they will emerge en masse very soon.

Odonata-wise, there were a lot of Beautiful Demoiselles around, whereas last year I only ever saw one pair; they were fresh and skittish though, so I didn’t get any photos that I really liked. I also found a freshly-emerged Emerald Damselfly, just putting on its green livery, and saw a female Emperor ovipositing at the pond, and I was able to watch a large hawker patrolling one of the rides for several minutes – it didn’t settle though, and the light wasn’t good enough for me to attempt to photograph it in flight.

On my last visit, about ten days ago, there was just one male Broad-bodied Chaser at the pond, but today there were four males including this very fresh specimen. As you’d expect from their name they were chasing each other hither and yon, and rarely settling, so I was pleased when this one came down and posed for some photos.

They were also chasing what I think was a single female: she was grabbed and mated twice during the time I was there, a process which takes place very rapidly, and on the wing. After the first mating she oviposited, and then came to rest on a bramble bank, right next to where I was standing talking to a couple of other people. If you’d care to check out the photo I’ve put on my Facebook page, you’ll see that she’s even broader in the beam than this male, and that she’s also now beginning to develop a trace of blue pruinescence along her abdomen, which suggests that she’s getting quite old. As soon as she took off from her perch she was grabbed and mated again, and this time I saw her partner hover close to her while she oviposited the eggs he’d fertilised, to make sure that none of his rivals supplanted him.