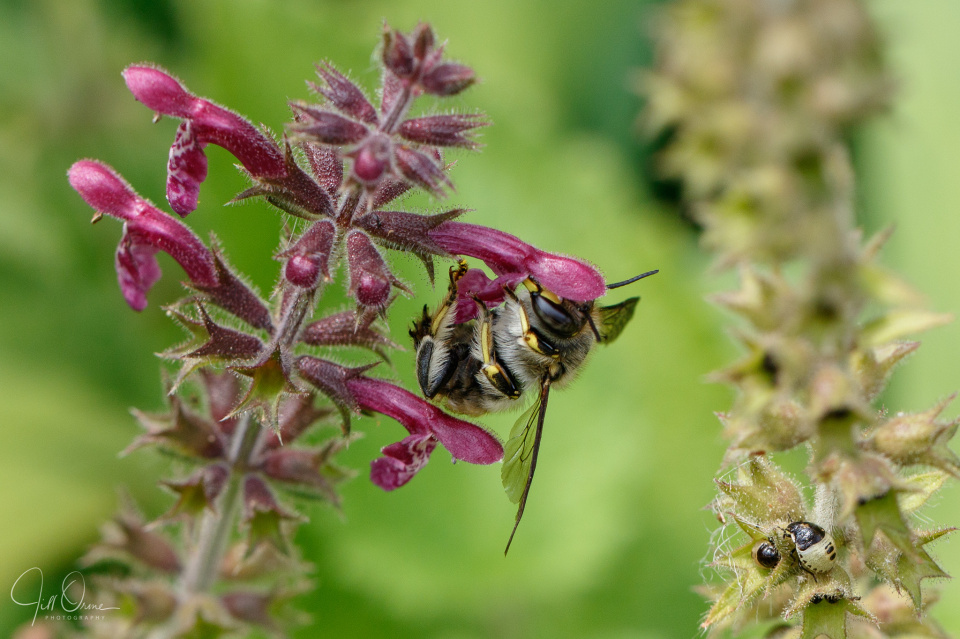 The third day of the Alternative Olympic Games came to a  thrilling climax this afternoon, with the finals of the 1m Speed Feed (Bees, solitary) competition. As had been predicted by most pundits, this came down to a head-to-head between Team Carder Bee and Team Flower Bee, and although the Flower Bees were sadly hampered by the fact that only Anthophora furcata turned up to compete (A. plumipes being outside their flight season, and A. quadrimaculata, A. bimaculata and A. retusa not found in this area), they pushed the Carders hard and were only just pipped to the gold medal.

Indeed, one could say that the Carders were lucky: poor team co-ordination between the Wool Carders and the Common Carders saw several instances of simultaneous dipping attempts on the same flower, which lost them valuable nanoseconds. Worse still, they were given a five second penalty by the Woundwort Shieldbug nymphs who were stewarding the event, for repeated infractions by male members of the team of Rule 632(b)(iii), which outlaws pouncing during competition. The worst culprit in this regard was Team Carder Bee’s star performer, Spikes (pictured above), who repeatedly pounced not only on the female members of his own team – both Common and Wool Carder – but also on at least one member of the opposition.

Many spectators thought that Spikes should have been disqualified altogether for his ungentlemanly behaviour, but interviewed after the final he was unrepentant. “Dunno what all the fuss is about,” he said. “Boy’s gonna do what a boy’s gonna do. ‘S only natural, innit? It’s breeding season! An’ if the other lot put up a female what’s the same size an’ shape an’ colour of one of ours – well, that’s askin’ for trouble, innit? Yeah, all right, I know she’s got a red bum and no yellow spots – but honestly, mate – did you see the speed I was travellin’? I didn’t see the red light till I’d almost jumped it!!” Team Flower Bee have lodged a formal protest about their opponents’ behaviour, in the hope of overturning the result. 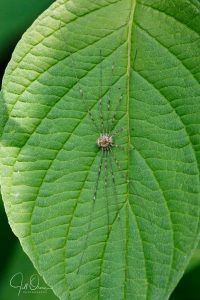 In other news, there was an upset in the Arachnid heat of the Predatory Lurking competition, which was won by Team Opilione and not by the favourites, Team Long-jawed Orb Weaver. The star performer of the heat, Dicranopalpus ramosus, is pictured above. Team Opilione now go forward to the semi-finals on Wednesday, where they will face stiff competition from Team Grass Snake, Team Frog, and Team House Cat.