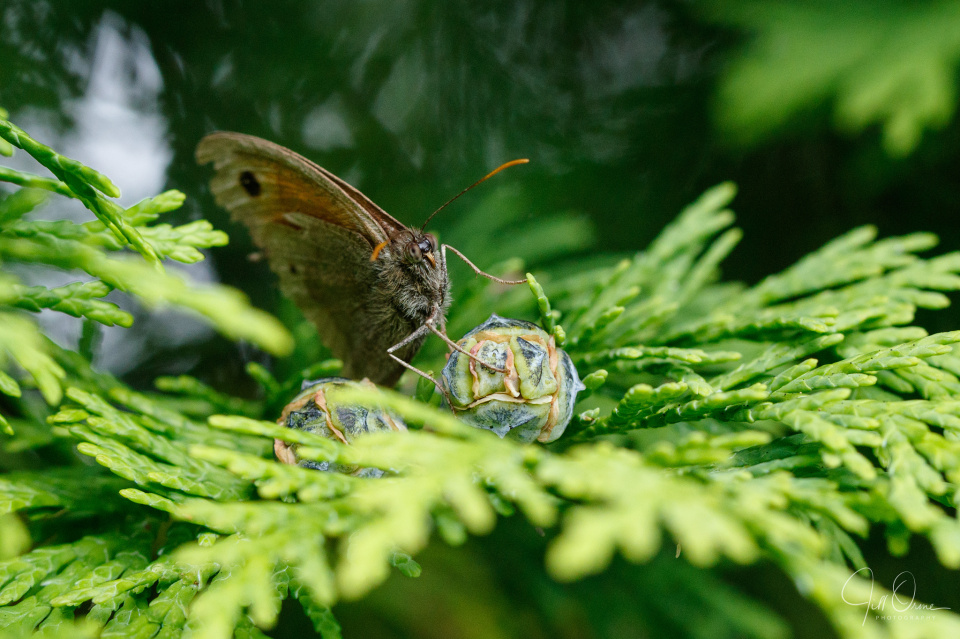 While I knew in theory that butterflies will go into trees to take shelter when bad weather is on its way, this was the first time I’ve ever watched one actually do it. I was snapping a record shot of this Meadow Brown feeding from the yarrow in one of our borders when it suddenly flew up into the Lawson cypress, turned itself around, and settled down gazing out over the garden. I took note and made sure that I didn’t stray too far from the house, but when the clouds opened ten minutes later, the fifty metres I had to walk were enough to leave me distinctly damp.

Sadly the downpour only lasted a couple of minutes, which was not What The Garden Needed, and because it was warm and windy I think all the moisture had probably evaporated within the hour. In fact it was far too windy for macro photography, but I haven’t got where I am today by not wasting my time on ridiculous projects, and in the end I did manage to record quite a nice selection of invertebrates before going off to do some gardening.