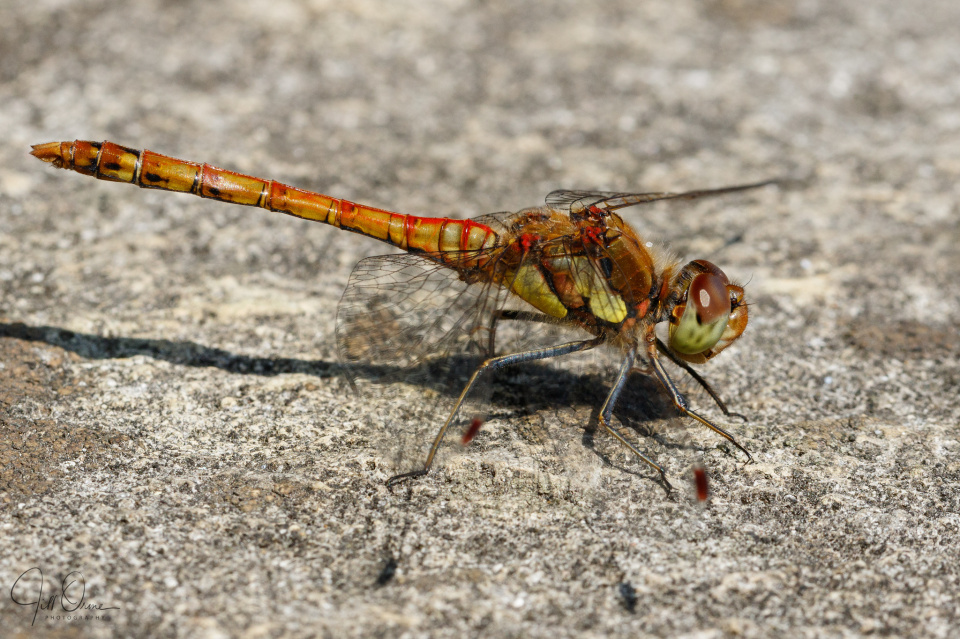 Another day, another National Trust walk: because I’ve been feeling distinctly sub-prime this week, R (who has plenty of projects of his own to be getting on with) is taking care of me and getting me out of the house for walks and sugary treats, and today we went to Hidcote. By the time we arrived the garden had been open for nearly an hour, and I feared that it would be rammed, but in the event there weren’t too many people there, and there was a lovely cooling breeze blowing across the Cotswold scarp, so it all felt quite civilised and relaxed.

After we’d strolled through the main areas of the garden, and spent a while sitting in the shade having ice cream and cold drinks, I realised that so far we’d only walked past one pond, which meant that we’d somehow missed a “room”. So we went on a mission to find the second pond – a large, raised affair, which isn’t very photogenic but tends to have more Odonata than the smaller lily pond we’d already checked. When we tracked it down we found a male Emperor patrolling it, along with a rather late Four-spotted Chaser, but most of the action that was going on involved a squad of male Common Darters, which had adopted sections of the enclosing wall as their territories, and were busily defending these against each other and the Chaser. A couple of them even flew at the Emperor, which was a bold strategy – not to say foolhardy – but the Emperor can’t have been especially hungry, because he simply flew around these small annoyances and carried on his search for a female.

I saw a discussion in an Odonata forum the other day about the definition of “maturity” in dragonflies, during which one of the experts stated that physical and sexual maturation don’t necessarily coincide. This Common Darter illustrates the point: he still hasn’t fully achieved the orange-red abdomen that will mark him out as mature, but he was holding a territory and watching intently for the arrival of a female, so was clearly ready and eager to mate.

The other thing I think it’s worth me pointing out here, in case you’re not yourself an Odonutter, is that the abdomen of this dragonfly is only 25-30mm long, or in old money, about an inch. I spend much of the summer chasing round after dragons and damsels, as you may have noticed, but because I’m usually viewing them through a telephoto lens I sometimes find myself astonished by how small the little ones actually are. If you have the time and inclination, this image would repay being viewed full-screen.