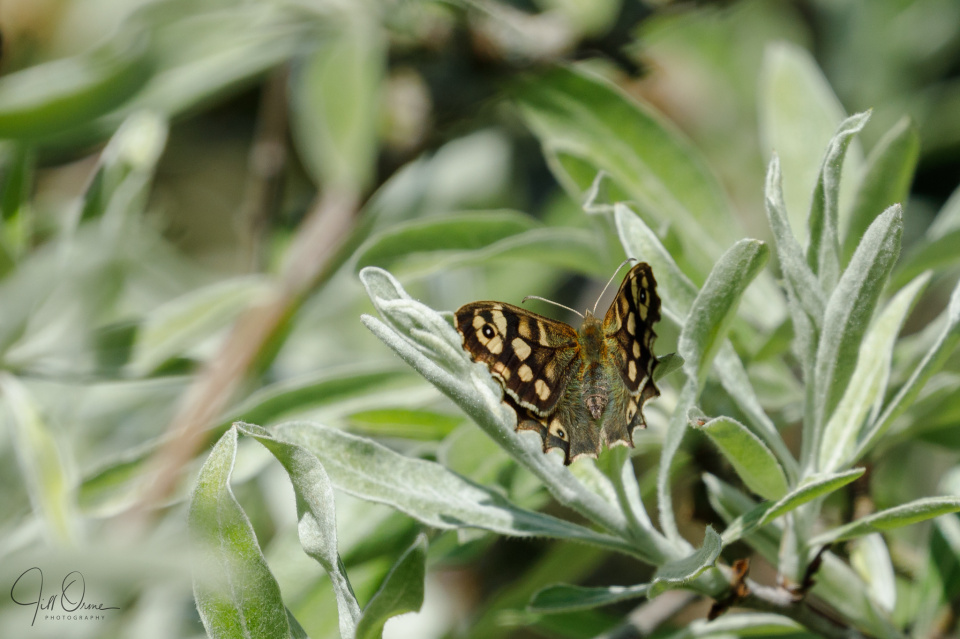 I was stalking a tiny and uncooperative Holly Blue around the garden with a long lens this afternoon, when I was distracted by some butterflyish fluttering up in the top of the weeping pear tree. It took me a while to get into a position from which I could see the culprit (by which time the Holly Blue was long gone), and I was surprised to find that all of my guesses had been wrong, and it was in fact a Speckled Wood, feeding from the blossom. This species mainly eats honeydew from the surface of leaves rather than nectar, but you do see individuals nectaring from time to time, especially early in the season. This is a rather chaotic image – unsurprisingly really, because it’s a very untidy little tree – but it’s different to my usual shtick and I quite like it. 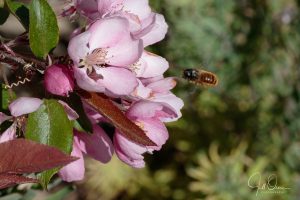 My extra today is a red mason bee, Osmia bicornis. The unique feature of females of this species is that they have a pair of tiny, inward-curving horns, which you should be able to make out in my photo, just below her antennae. They also have quite large mandibles with which they collect and carry mud, which they then use to construct individual egg cells within an existing cavity such as a hole in a wall.

Lockdown Pond Project update: R and I have roughly landscaped around the wildlife pond, banking the edge slightly, and covering it with the turf R removed before digging the hole. Within the next couple of days the first batch of plants should arrive; they were originally ordered for the patio, but with both ponds now ready and waiting I may well split them between the two.