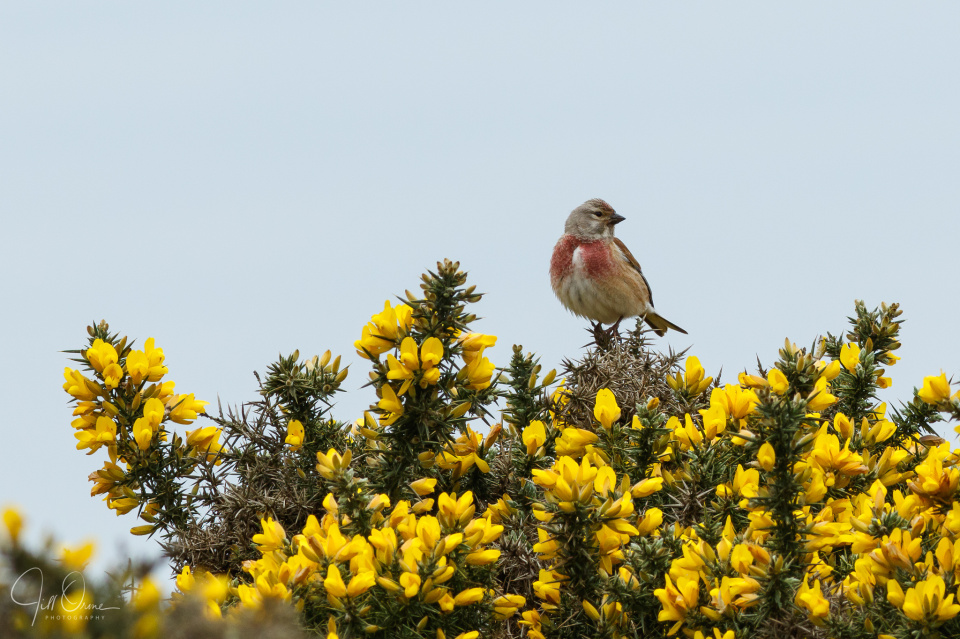 So, I’d been planning a trip to Prestbury Hill today, after small early butterflies. The morning dawned cold and cloudy, which wasn’t what I was expecting, and overnight the weather forecast had gone off too, and was now saying that these conditions would persist through the entire day. But the forecast has been unreliable lately, and it’s almost three years since I was last up on Prestbury Hill and I was raging to get back there, so I decided to take a chance, and went off to Cheltenham anyway.

By the time I’d driven to the radio masts car park on the top of Cleeve Common (over one of the worst road surfaces I’ve ever endured in my life) the car thermometer had dropped from 11° to 8°C, and I was wishing I’d worn thermals. It was already obvious to me that I was on a fool’s errand, but as I was there I walked the reserve anyway. I didn’t, needless to say, find any tinies, but I did discover two things: firstly that I’m quite a lot less fit than I was three years ago, and secondly that I no longer have the nerve to simply march over the edge of the flatt(ish) top section onto the steep scree slope where the little butterflies hang out, trusting to luck, knees, balance, and the soles of my boots, but now have to take a more circuitous, zigzag route down to the bottom of the reserve. To be fair, I am still a little post-viral, but… it was all a bit depressing.

It would have been even more depressing to come home with no photos, and for a while that looked possible because there were virtually no inverts of any kind to be found, but luckily there were birds, and my day was rescued by a couple of willow warblers, the first cuckoo of the year, some stonechats, and a pair of linnets. Of these the stonechats were my favourites because I love their feisty attitude, and I even forgave them the fact that they were effortlessly hunting out inverts to eat when I couldn’t find any to photograph. But I’ve posted stonechats before, and my only previous linnet blip was this one, in which they can hardly be said to have played a starring role, so this male linnet gets the nod tonight.

Linnet numbers in the UK have declined by over 50% in the past 50 years, and the species is now red-listed. Linnets eat seed throughout the year, and it’s thought that much of the decline is due to changes in farming practice, especially the increased use of herbicides to remove weeds, and the ploughing in of stubble for autumn planting, which have reduced the availability of winter seed. During the winter linnets tend to group together in large flocks and move to wherever there is food, but by this stage of the year they’ve paired up for breeding, which takes place in hedgerows, on scrub land, or on heaths such as Cleeve Common. The cup-shaped nest, which is built by the female, will be sited in a thorn hedge or bramble patch, or a gorse bush like this one, all of which provide some protection from predators. Between four and six eggs will be incubated for about twelve days, and the young will fledge around two weeks after hatching. In a good year a successful breeding pair can raise two or even three broods.