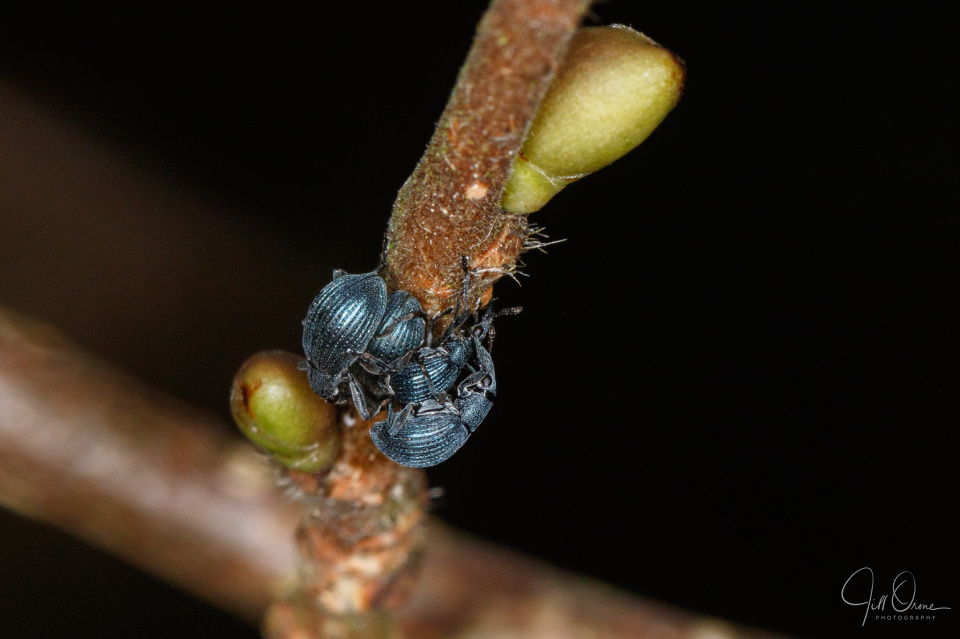 I was starting to worry that I might have posted a surfeit of roosting pairs of Oxystoma pomonae weevils over the past few weeks, so I went out into the garden this afternoon and found a quartet of them. Don’t say I don’t spoil you. The pair on the right here were far more awake than they rightly should be at this time of year, and actually turned round through 180° while I was photographing them.

Other headlines from today’s edition of What is Wrong with this Picture? include:

1. My ceanothus and one of my rosemary bushes are coming into flower; and 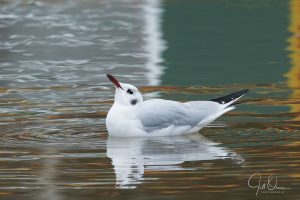 Anyway, stepping around the climate crisis (or maybe not), last week’s migrating geese and swans have all now left Stratford, but there are still plenty of black-headed gulls around. Tonight’s extra shows one of them on the Bancroft Basin, breaking the reflections of a narrow boat. Its head was lifted at this moment to swallow a bill-full of water, rather than because it was sensing danger.