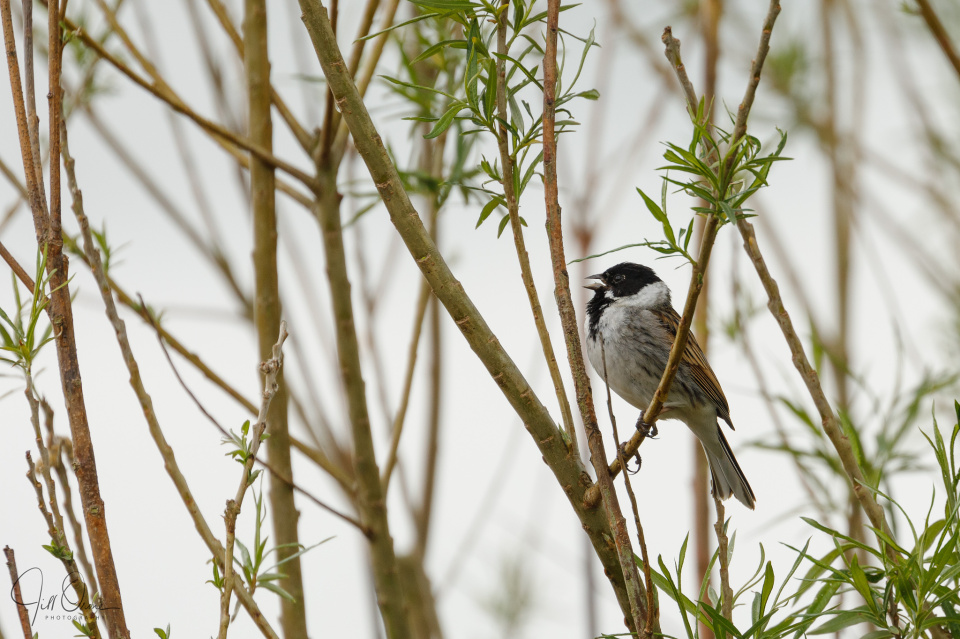 I went to Upton Warren today, and benefited from the expertise and helpfulness of a couple of Proper Birders, without whose assistance I doubt I’d even have spotted the common sandpiper and little ringed plover that were noodling around one of the islands in the freshwater pool.

“There – can you see where I’m pointing?”

“First island. Find the oystercatcher. Count three gulls back from there and look at ten to the hour.”

“OK – try this. Behind the island there’s a tufted duck. Come forward at an angle till you hit the shore.”

John put the scope on it, and finally I was able to see the little ringed plover – I’ve added a heavily cropped photo as an extra. I found the common sandpiper on my own, though only after a lapwing landed next to it and stood staring at it in a bemused fashion; but John also used the scope to help me find what may or may not be a Mediterranean gull – it’s been reported as such, but the head marking isn’t quite right (apparently), and there’s some suggestion that it may be a cross-breed. 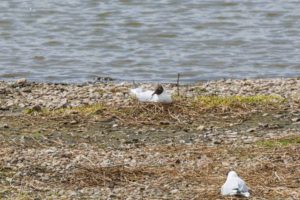 My new friends gave me lots of other useful information, talked me into joining the West Midland Birding Club, and advised that I’d get much better photos of a little ringed plover if I went over to the saltwater pool that forms the other half of the reserve. I’d been planning to drive over there anyway, because there’s a reed bed hide where I was hoping to get some warbler shots; but as I was heading back to the car it began to rain. I waited a while in case it stopped, but it didn’t, and the Met Office forecast for the rest of the afternoon wasn’t promising, so I called it a day and came home.

I photographed this reed bunting just after I arrived at the reserve, from the path that runs from the car park down to the two western hides. He was displaying his lovely breeding plumage, and calling lustily – and apparently quite unconcerned about the human walking towards him. It’s not an especially attractive call, but it’s very loud and quite distinctive, and I like the fact that this shot shows his tongue, and gives some sense of the trill he was producing.