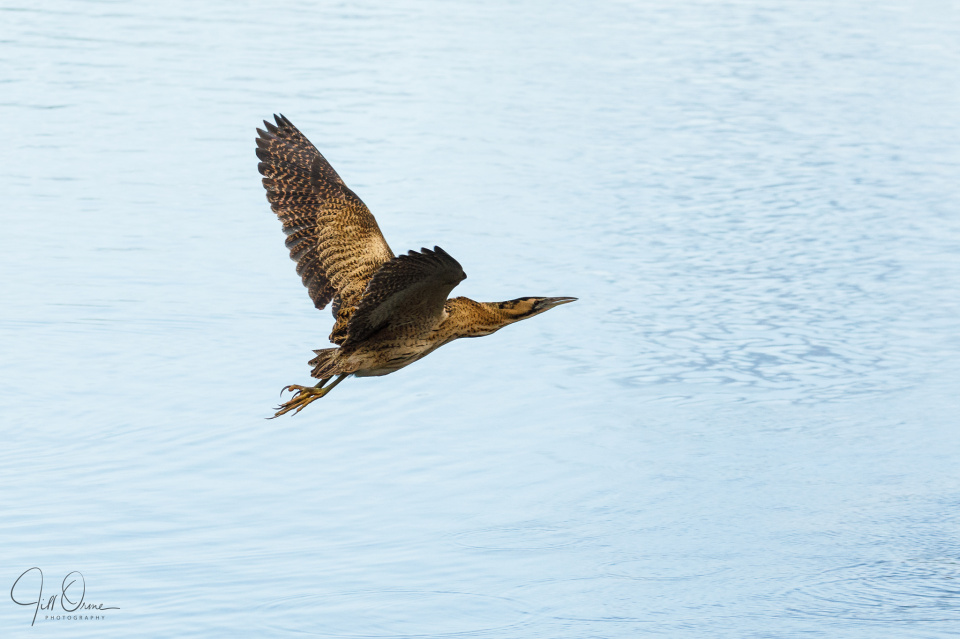 As you know, a key skill requirement for wildlife photography is the capacity to spend long hours in uncomfortable places, waiting for something to happen. Sometimes though, you have the most amazing luck.

After snapping my first ever photos of a bittern yesterday I was keen to see the bird again, but I got snared in other stuff this morning and it was late lunch time when I finally made it over to Brandon Marsh. By this time the nice morning light had all but gone, and as I arrived lots of happy, smiling people with large lenses were leaving the site, causing me to develop a Bad Feeling. But as I was there, it seemed silly not at least to try.

Walking into the hide and finding it almost empty, I enquired if the bittern had been seen. “It certainly has,” said one chap, “but not in the hour I’ve been sitting here.” Beginning to step over the bench, I glanced out of the window, said “Oh. There it is.”, and fired off a couple of dozen frames without even sitting down. Lauded by my neighbour as some kind of Bittern Whisperer, I thought it best not to tell him that I usually consider myself to bear a closer resemblance to Jonah – or perhaps in this context the Ancient Mariner would be more appropriate.

The bittern had emerged right on the edge of a reed bed, facing another of the same across a wide channel, right in front of the hide. It was fairly obviously contemplating crossing the channel, but we had a full five minutes for me to sit down and for all of us to photograph it posing, before it gathered itself and lifted off. In advance of it flying I’d adjusted my camera settings, and wound the lens in to give me a wider view and a better chance of tracking it, so this is more cropped than I would ideally like – but otherwise I’m pretty pleased with it.

Please do look full-screen if you have the time; and if you’re interested, I’ve put a posed image and another flight shot here.