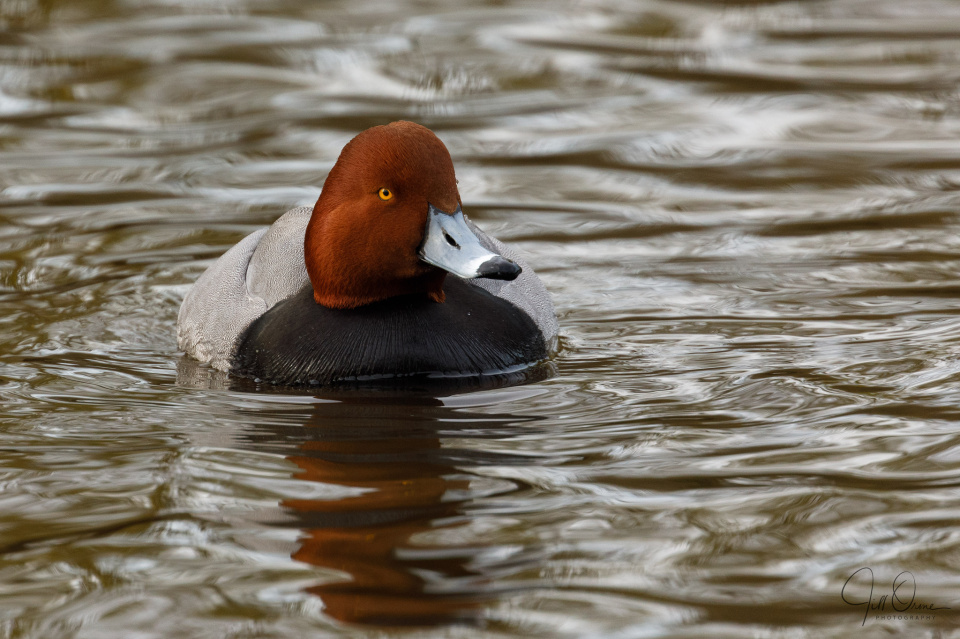 The gales continued today. I was on the point of setting off for the Cotswold Water Park this morning when I saw on Twitter that one of the roads on my route was totally blocked by a fallen tree; and in the midst of working out how to avoid the problem, it occurred to me to wonder what would happen to – say, for the sake of argument – a middle-aged woman in a small soft-top roadster, were she to be driving through the CWP when a tree large enough to block a road happened to blow over at the precise moment she was going past it. Common sense prevailed: after some further calculation I decided that I’d probably be safer playing on the motorway, so I went to Slimbridge instead. Well, I wouldn’t want my camera to get scratched.

I had a good day at the WWT, adding another three species to my bird list. I havered over a fourth: there was much chatter in a couple of the hides about some bar-headed geese that were out on the estuary, with one man declaring robustly that if it flies in, he counts it; but it’s regarded as an escapee and doesn’t appear on the British Bird List, so I decided to let that one go.

The three species I am listing all appear in my extra, which if it were worth titling I’d be calling A Knot of Blackwits. I was watching a large group of black-tailed godwits snoozing on the South Lake, and chatting to a knowledgable woman who’d pointed out half a dozen knots huddling in the midst of the larger birds, and some common gulls at the outer edge of the group, when something or other startled them. I wasn’t set up for flight shots because nothing had moved a muscle in the previous quarter hour, so my shutter speed was too low – but I rather like the chaotic flurry of movement. Despite the colour variation, all the tall waders in the middle of the shot, and most of the ones taking off, are godwits, the ones with the red necks being males that are coming into their breeding plumage; the knots are the smaller grey birds with much shorter bills. 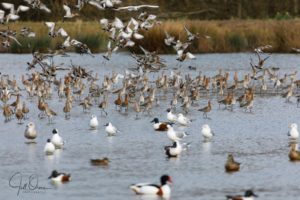 After this excitement I went round to the Kingfisher Hide and spent the rest of the afternoon watching one of its owners sitting on a clump of reeds, digesting its lunch. No good shots of that, I’m afraid, owing to the distance, and the fact that with kingfishers in residence in the bank opposite the hide, the windows on that side are screwed shut, so you have to shoot through the rather grubby glass. But still, I can’t not be excited about a kingfisher.

My favourite shot of the day has turned out to be this pochard, snapped on one of the display ponds as I was leaving. They’re not rare in the UK in winter – at the moment I seem to see wild ones at almost every lake I visit – but getting reasonable photos is a harder proposition, so I was pleased to get a decent portrait of this handsome male. The pochard is a diving duck, but in the wild you tend to see it drifting around asleep, because it prefers to feed at night; it eats vegetation, molluscs, small fish, insects and larvae. Most of the wild birds currently in this country will soon go back to mainland Europe to breed, leaving only a few hundred breeding pairs here.