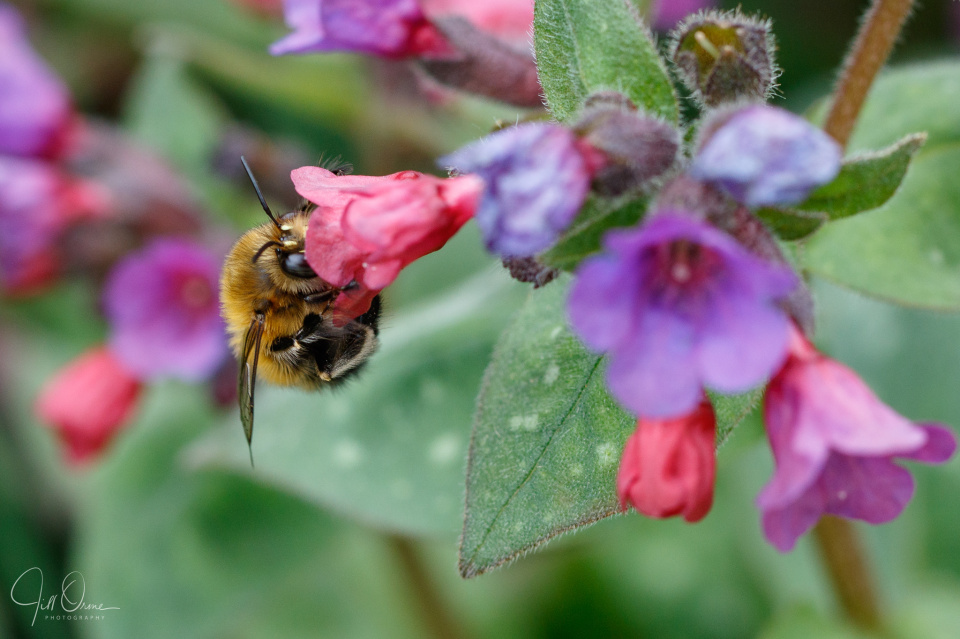 There’s still no sign of the threatened heatwave, but it was at least a little less cold today, and the wind had lessened. The invertebrates still weren’t impressed though – my entire bag for the day was a single Bombus hypnorum queen, and three male hairy-footed flower bees. Chunky bees like these can fly at lower temperatures than their smaller, slighter cousins, allowing them to go about their business while the little ones have to stay under cover and wait for conditions to improve. There’s probably an analogy to be made there with human beings, but I’m disinclined to venture onto potentially thin ice.

Anyhoo, I wasn’t unduly disturbed by the dearth of bugs, because I already have photo files stacked to the ceiling and I’m in imminent danger of being buried under them, so I wasn’t looking to add many more to the tottering heap. But I did need one, and the light was so bad that I found myself battling with the exposure triangle. My usual rule for macro photography is “f/11 and be there”, but in the end I threw that principle out of the window, and gave myself an extra two stops of light by widening the aperture to f/5.6. The results were interesting – which is to say, I don’t love them, but they’re not a complete disaster. Photographing something at such close quarters at f/5.6 gives you very shallow depth of field, which is why so much of what’s in the frame here is out of focus – but it does, unarguably, draw your eye to the subject.