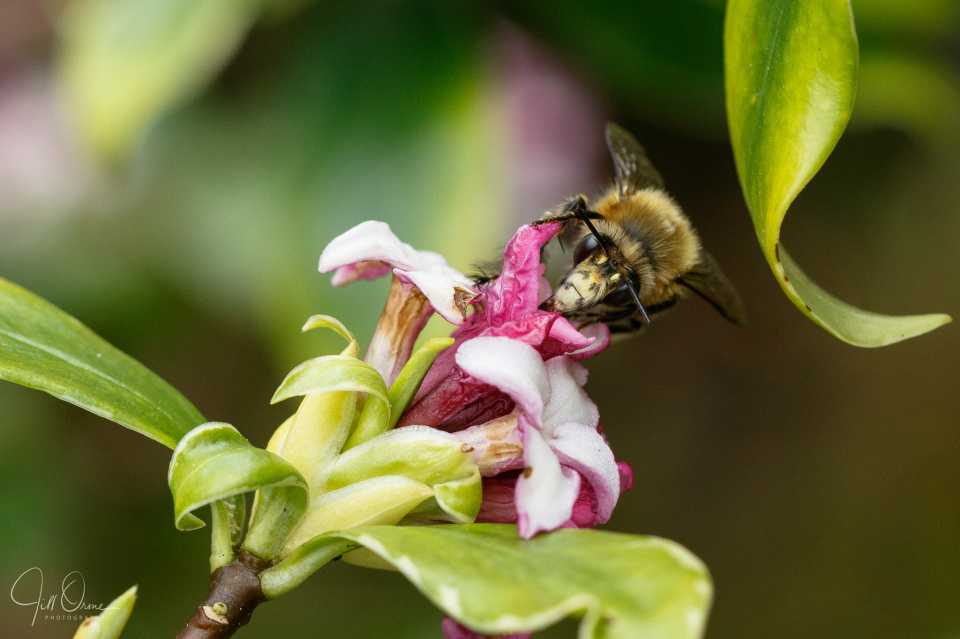 Another day, another hairy-footed flower bee – because I had almost no free time to spend in the garden, and they were the only creatures I managed to find during the few minutes I was out. I’m not complaining though, because I always enjoy capturing the extraordinary faces of these little bees.

I read somewhere that the pale faces of male Anthophora plumipes allow them to recognise each other, which may or may not be true, though I’d have thought it was more important for them to be able to spot the females, which are dark-faced. From a human perspective though, their yellow faces make them almost unmistakeable. The only other pale-faced bee I’ve ever found in my garden was a male of the related species Anthophora furcata, which is smaller and browner, and doesn’t have the extravagantly hairy middle legs of the plumpie.

My Daphne odora ‘Aureomarginata’ suffered some frost damage a couple of nights ago, and is now looking rather shabby. It still smells lovely though, and it’s doing sterling work in providing food for the early bees. I hope that the promised warm spell arrives and brings a few other things into flower before it goes over for the year.