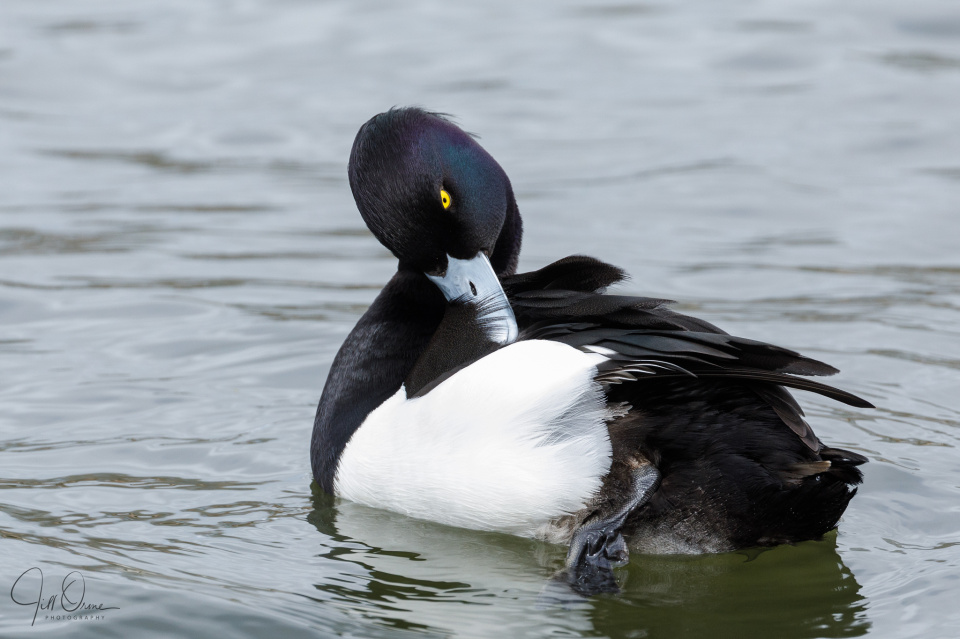 R and I went to Stratford this afternoon, to meet up with our…. in-laws? ….. out-laws?….. I don’t know if there’s an accepted noun that covers our relationship, but co-grandparents is probably the neatest term I can come up with. The inaugural meeting of the Baby B Appreciation Society took place on a bench in the Bancroft Gardens, where a picnic lunch was consumed by P and M, and coffee and cake by R and me, and then coffee and cake by P and M as well, while we congratulated each other on how clever we’d been in marrying our Offspring to each other and engineering the production of the Best Baby in the World. A good time was had by all.

While walking into town along the south side of the river I’d been keeping an eye out for the tufted duck I photographed at the chain ferry ten days ago, but he wasn’t there and I’d just come to the happy/sad conclusion that he’d found a flock and moved on, when we reached the rowing club and I suddenly spotted him. I’m featuring this image of him preening on the water because R likes it, but I’m adding a couple of images from a few minutes later, when he left the river and waddled up the club’s slipway to join a female mallard he appears to think is his girlfriend. I especially like the portrait (I was going to say head and shoulders shot, but he’s not well-endowed with shoulders); but the full length image is also quite sweet as it shows him standing on his own foot. The mallard, as you can see, is Just Not That Into Him. 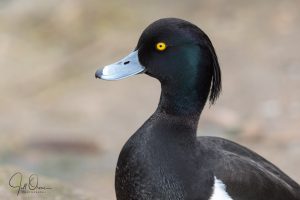 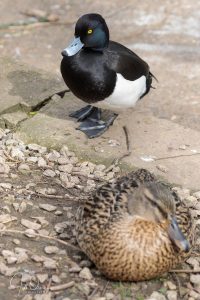