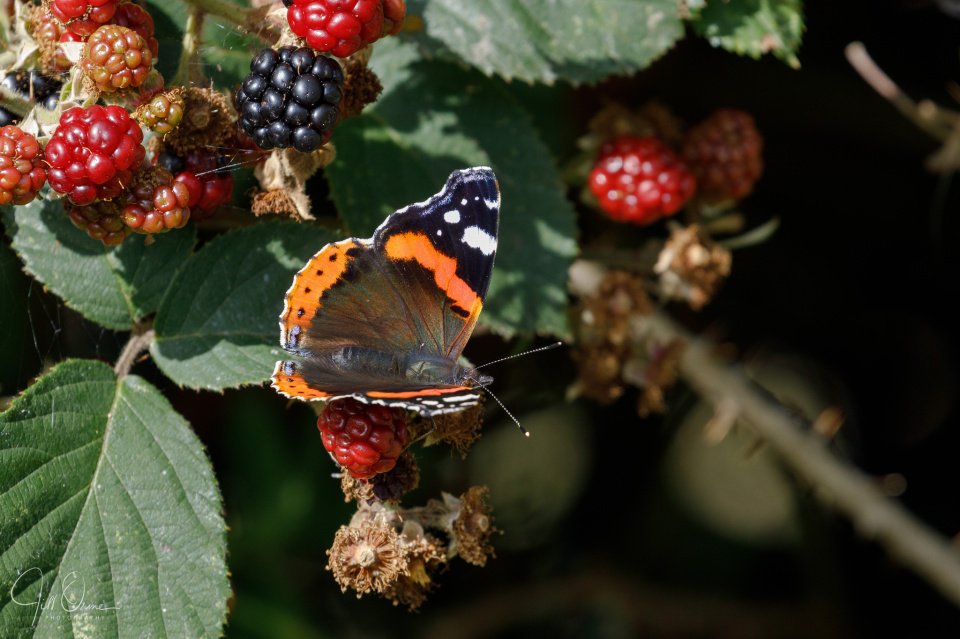 I almost titled this ‘Autumnal’, but then thought Nooooo!!! Not yet!

I was as busy as a very busy thing today, but treated myself to an hour in the fresh air at Grove Hill in the middle of the afternoon. The dragons weren’t really playing – there were Southern Hawkers and Common Darters about, but they were busy too, and not keen on being approached; but there was plenty of other wildlife around as compensation.

I frequently see buzzards over the reserve, but today there were six, which is a lot of raptor to be circling over quite a small area. At one point three of them were arranged in a receding line, looking like incoming jets stacked up over Heathrow, which was quite entertaining, though impossible to capture with the length of lens I was using. And at the big pond I was happy to discover – finally! – what the bird is that makes the repetitive Wheeeet! noise that has been intriguing me for weeks, when a young chiffchaff landed in a hawthorn tree on an island in the middle of the water, and continued squeaking at me for long enough to have its portrait taken.

On my way back to the car at the end of my hour I came across two rabbits snoozing in the middle of the ride – for a moment I was afraid that there was something wrong with them, but as soon as they heard my camera shutter they leapt up and scuttled off through the hedge, so I think they were probably just young and inexperienced. And there were lots of butterflies around: mainly whites (various) and Speckled Woods, but this very fresh and handsome Red Admiral caught my eye as it browsed the hedgerow fruit, and gets the nod tonight for being…. let’s say, seasonal.