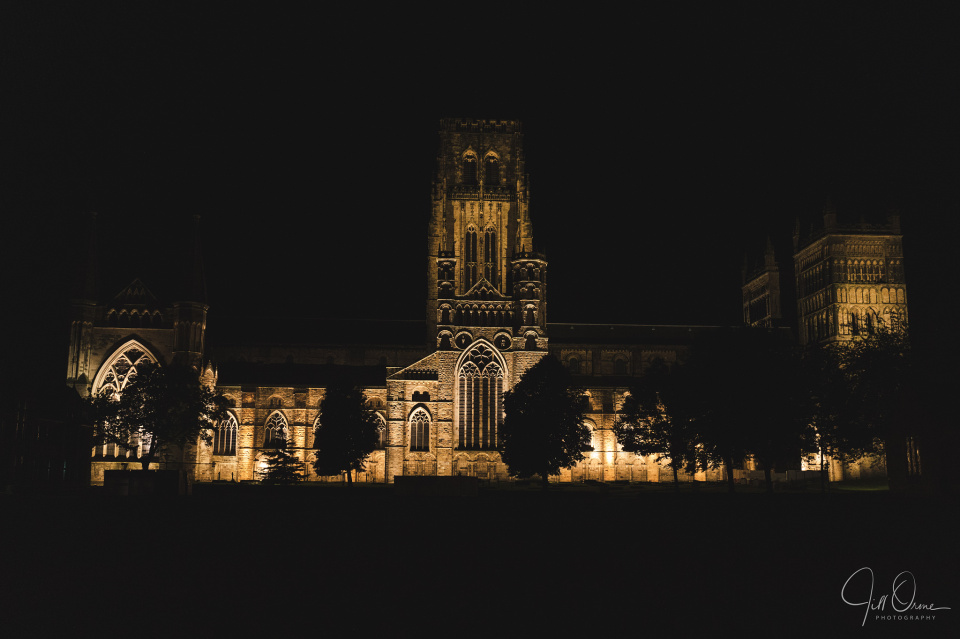 As you may have worked out R and I are in Durham, where we’re staying overnight en route to a week’s holiday in Northumberland. We’d been planning to have dinner at the marvellous Restaurant 17, but arrived five hours later than anticipated, for reasons with which I won’t bore you but which have everything to do with my brain having gone off on holiday before us.

So in the event, our special Durham meal morphed into M&S sandwiches at a motorway service station, a substitution that was making me feel quite offish by the time we arrived at the hotel: though I’m not actually allergic to anything, I seem to have only a limited tolerance for wheat, and eating bread at three meals on the same day is probably two steps too far. Also, I hadn’t had the chance to take any photos all day, so once we’d checked in, the need to combine some fresh air and exercise with looking for a bliportunity led us almost inevitably to the Cathedral. I’m ambivalent about this church, because you’re banned from taking photos inside it – an unusual and in my opinion wholly unreasonable rule – but I have to admit that it looks rather dramatic under the spotlights.