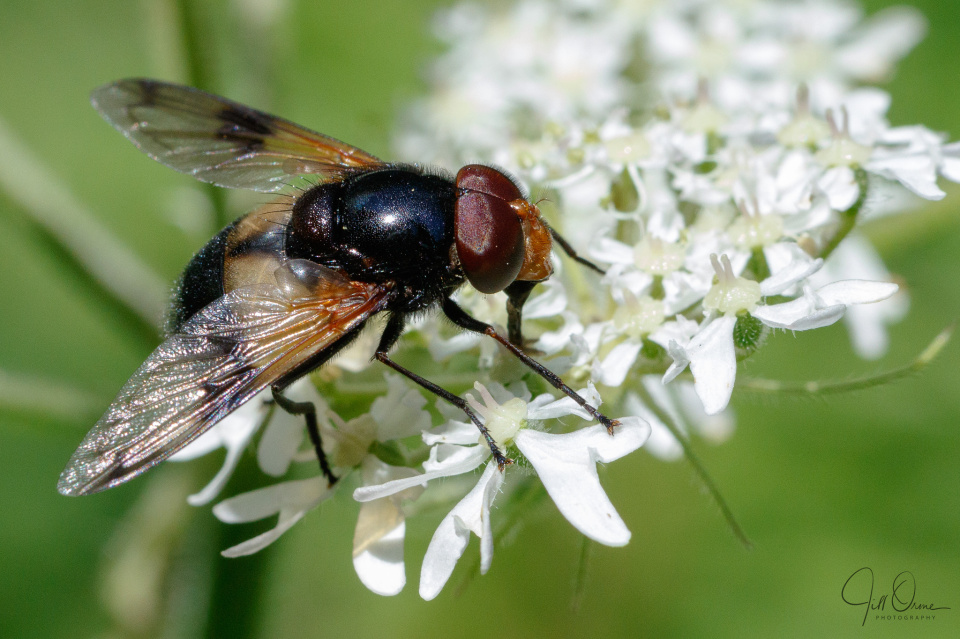 I’d half-decided to go to either Shropshire or Wiltshire after Odonata today, but when it came down to it I found I didn’t quite have the energy for a long drive, so I stayed in the Shire and went to Trench Wood instead. There were surprisingly few butterflies and dragonflies around, and many of those I did see were skittish and uncooperative, but I found plenty of other insects to keep me entertained. I’ve posted some of them (and a deer) to my Facebook page, if you’d care to take a look.

I have the feeling that the insect season is still trying to right itself, after the bitterly cold April and the cold and wet May we all had to endure set back the normal schedule of emergences. The pond at Trench Wood was still being ruled by Chasers today, some of which looked very fresh, and though there was one Brown Hawker patrolling the area there were no Emperors, Black-tailed Skimmers, or Southern Hawkers, all of which should be out by now. Likewise, in a good year I’ve photographed both White Admirals and Silver-washed Fritillaries in June, but I found neither today (though a friend I bumped into had photographed a Fritillary earlier), and there were many fewer of the “usual suspects” – Meadow Browns, Ringlets, Large Skippers, Speckled Woods, and assorted whites – than you would normally expect to see by this stage of the summer.

I do love a nice hoverfly though, and Volucella pellucens is one of my favourites. Males of this species like to float around a couple of metres up in the air, keeping watch for females and for intruders into their territories, and if I have nothing better to do I quite like to try to photograph them in flight. This invariably turns into a game in which I point the camera at a V. pellucens, he zooms upwards out of the line of fire, I wait until he drops back down to his former position and then lift the camera again, he skitters sideways, I wait, he returns, I lift the camera… and so on. You get the picture. But today it was a bit hot for those kind of shenanigans, so I was pleased to catch this little chap on a refuelling stop, and even happier that he was concentrating so hard on his meal that I was able to get in close with the macro.

On the subject of macros: I had a phone call from Canon before I left home this morning, telling me that they can’t find anything wrong with my 100mm. While I’m naturally delighted not to be facing a huge repair bill, I was less pleased to have it suggested (politely) to me that maybe the lens hadn’t been focusing because I’d failed to connect it properly to the camera body. I managed to stay calm through this conversation, but the effort nearly choked me.