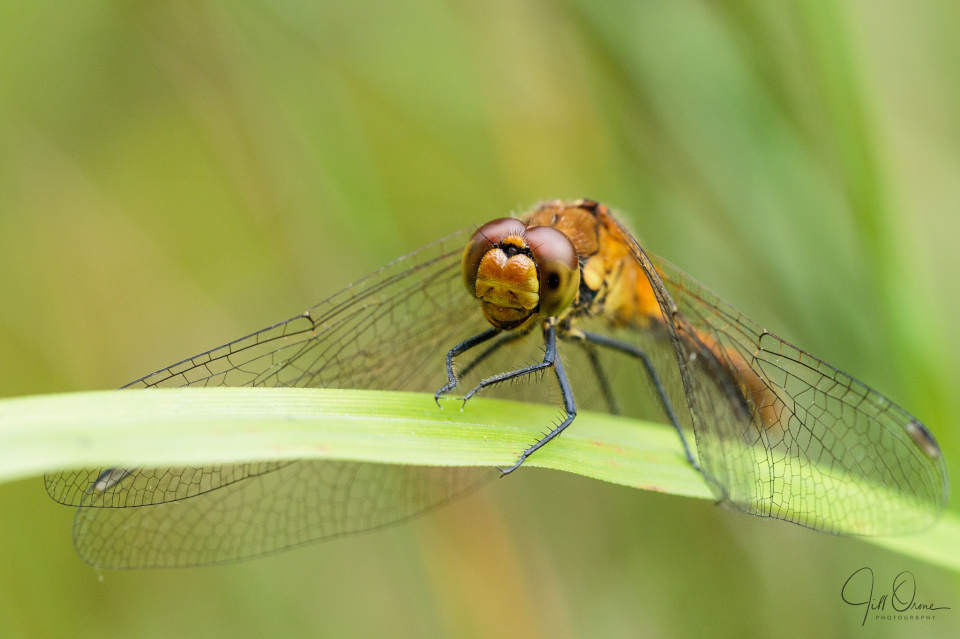 There was an organised moth and butterfly walk at Trench Wood at 9am this morning, but as I’ve now retired from my long-running semi-professional pretence of being organised, I thought it best to wait till the participants had all had time to leave before making my own visit. When I arrived at 1.30pm, some of them were still there. Three and a half hours in the company of a large group of other humans… sheesh.

I went to the pond in the hope that some of last week’s fresh Emerald Damselflies would now be displaying their mature colouring. They were, and I’ve done a post on my Facebook page which shows quite nicely (if I do say so myself) the differences between males and females of this species.

It wasn’t at all cold, but it was very overcast, and there were no dragons hunting over the water, but I did find a fresh female Common Darter and this young male Ruddy Darter skulking around in the vegetation behind the pond. The CD was very skittish and uncooperative, and I only managed one decently-focused image of her, but my small red friend here was, if not happy, at least confident enough to sit still while I homed in on him with the macro. And he is small: because I tend to be looking at these creatures through a magnifying lens, even I forget how small they are until they move, and I have to take the camera away from my face and track them down again with the naked eye. He’s less than 4cm from frons to claspers, and his hindwings are less than 3cm long. I especially like the fact that the position of his forefeet makes it look as though he’s explaining or demonstrating something to me in this photo. If you have the time, it would definitely benefit from being viewed full-screen.

Before I go, I’d just like to say thank you for all the lovely responses to yesterday’s Purple Emperor – they’re much appreciated.