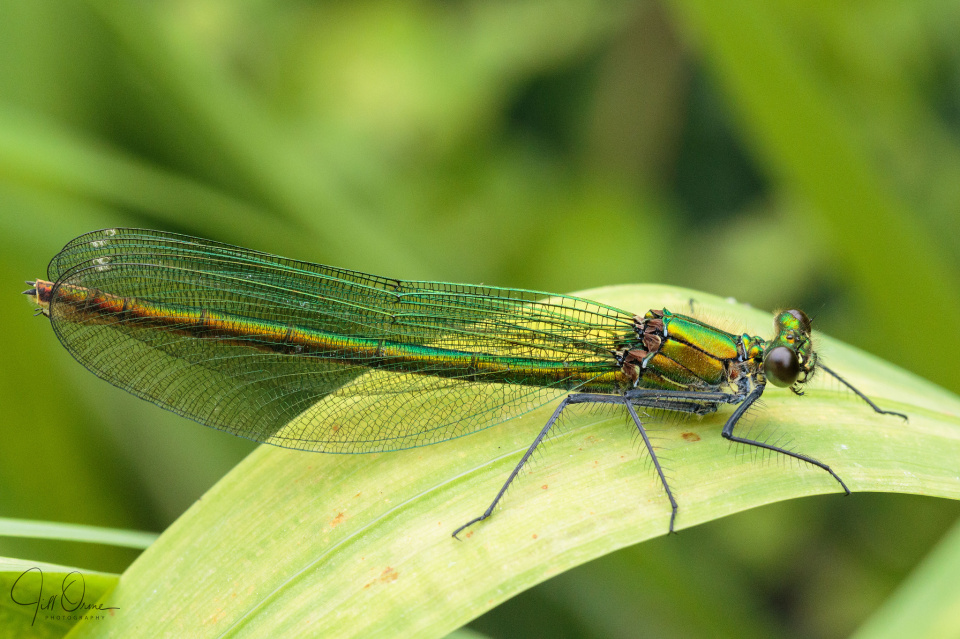 I dithered and havered all morning about whether or not to go out – I didn’t really want to, but thought I’d get better photos if I did. Eventually I made up my mind, gathered gear, told R that I’d see him whenever, and stepped out of the back door…. to discover that the sky had blackened and it was trying to rain. “Whenever” thus turned out to be “30 seconds from now”.

As I was now in a bad temper, I thought that I might as well do gardening (eeeurgh), so I set to work on the weeds choking the front border, and soon had a barrow filled to the point of collapse. Which I left for R to empty, on the grounds that I’m too little and girly to push that much rubbish around, but actually so as to point out the fact that I’d done working.

I was carefully balancing another sow-thistle on top of the teetering heap, and hoping that this wasn’t going to be the item that brought down the whole edifice and spread it all over the lawn, when I spotted a pair of fresh male Gatekeepers doing butterfly fighting (DON’T TOUCH THE FACE!!!), and in the process causing some annoyance to this gorgeous female Banded Demoiselle. She was being pretty robust about it, only rearing up in a flash of burnished wings when they came too close to her, and then selecting a leaf and settling back down again, but I suspected that it wouldn’t be too long before she decided to look for a quieter spot, so I scuttled inside and fetched the camera. She was, if anything, less impressed by my attentions than she’d been with the butterflies, but a few minutes of careful stalking got me half a dozen quite nice images.

I know I posted a similar photo just a few days ago, but I love the two Calopteryx species, and there was no way I was going to look a gift demoiselle in the mouth. But just to prove that I don’t only do Odonata, I’ve put some canoodling butterflies from yesterday’s trip to Trench Wood on my Facebook page.