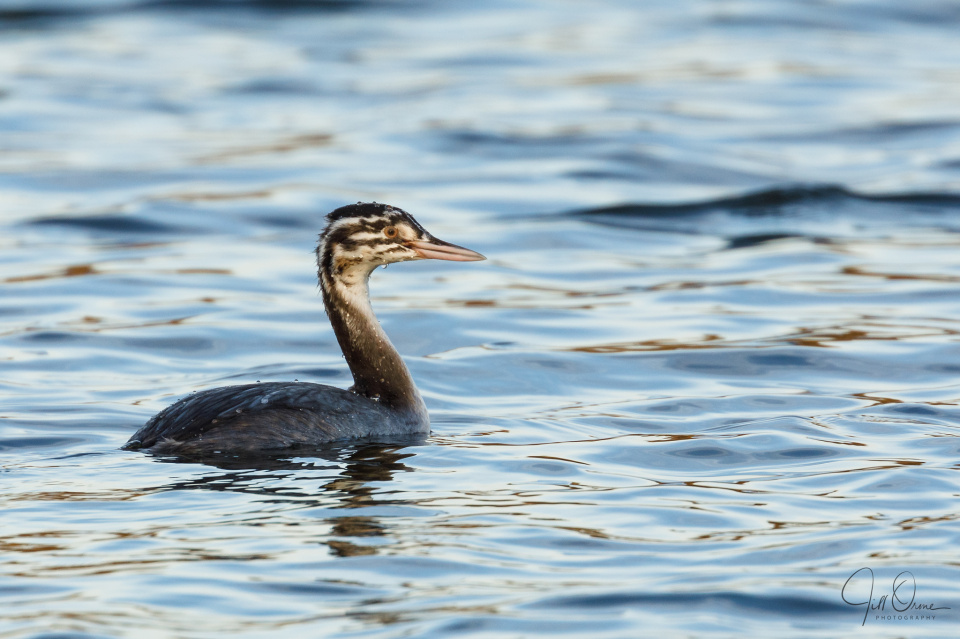 I had a bizarrely quiet walk around the reserve at Upton Warren today – there were hardly any birders about, and not many more birds – but I was charmed by this juvenile great crested grebe with its humbug stripes. It was fishing quite near to the edge of the sailing pool when I emerged from the path down to the hides, and I was able to get down close to the water and capture a couple of reasonable portrait shots before it decided to put more distance between us.

But for the grebe I’d almost certainly have posted this goosander, which I’d spotted earlier from the café verandah, and which is the first I’ve seen for a while. I can’t quite decide if it’s a female or a juvenile, because the plumage is similar, but if pushed I’d say it’s probably a youngster. Goosanders are large, strong birds, and voracious predators of fish; they’re one of just three sawbill species found in the UK, the others being the red-breasted merganser and the smew.