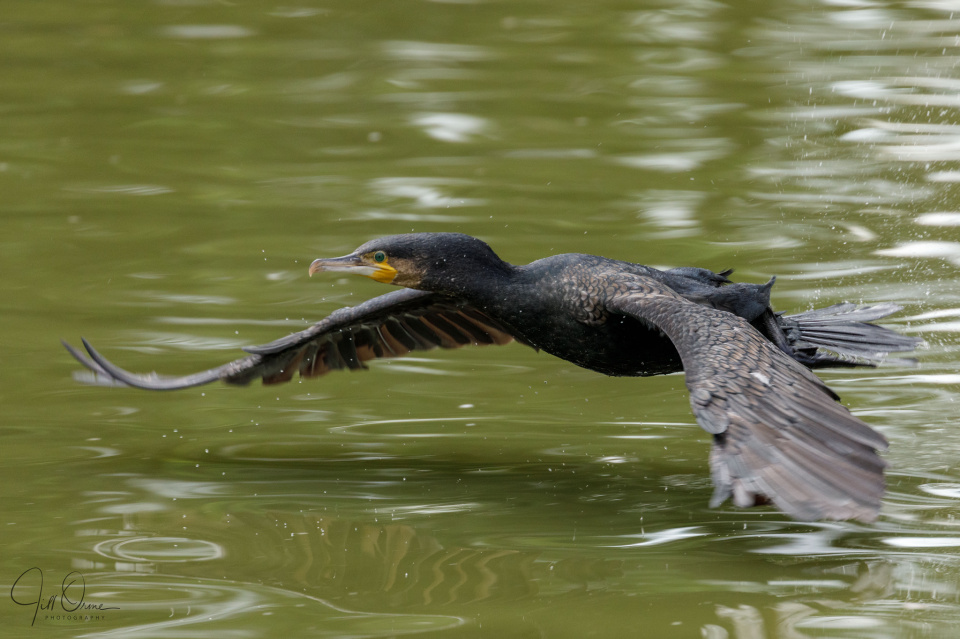 I didn’t quite nail this capture, but in my defence I only spotted the cormorant a split second before it took off, and because I was set up for ducks swimming on a lake and not for flying things, I only had the camera set to 1/800 second. Given that, the speed of the approach, and the fact that the autofocus was trying to pick up a black bird against green water in gloomy light, I’m not wholly displeased with it.

I mithered for most of the morning about whether or not to go out, but in the end the draw of a bittern that’s been showing well at Slimbridge for the past couple of days proved too strong. By the time I arrived the bittern had relocated, so I didn’t get it, but I know a man who did: Slimbridge is becoming a place where I expect to bump into people I know, and today there were two owlers there, plus, late in the afternoon, Hillyblips.

Overall the pickings were thin today, though someone did kindly put a scope on a curlew sandpiper for me, and I spent quarter of an hour taking flight shots of one of the two black terns that’s currently resting up at the South Lake after blowing in on an ill wind. I also spent a while taking photos in quite nice light of some of the captive birds on one of the ponds, including the eider I’ve posted as an extra, which was stalking and displaying to an extremely unimpressed female. All the male eider were a bit frisky today: in common with some other ducks, they court through the winter, though pairs won’t actually breed until next spring. Their pond sounded like the venue for a Frankie Howerd impersonators’ convention. 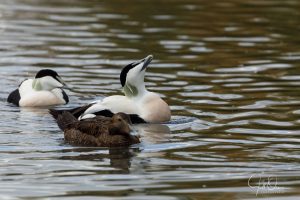 This evening when I came back from choir the sky was absolutely clear, with a north wind blowing, which has me hoping for incoming owls. On the down side, it was also very cold – just 6°C – which doesn’t bode well for the few dragonflies that are still around.