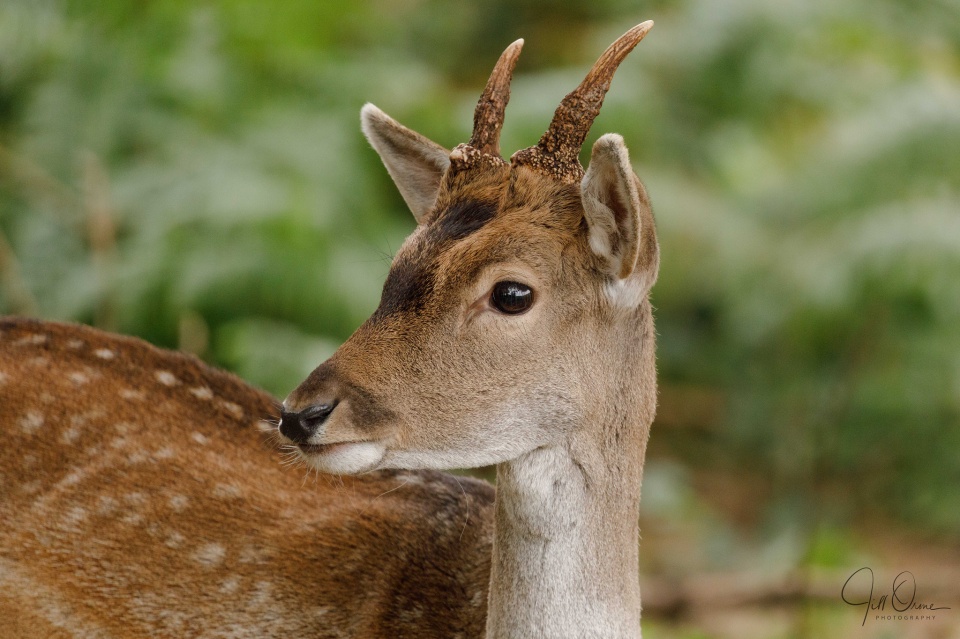 R came back from a run this morning and asked if I knew what bird made a kind of Chuckchuckchuckchuck-waaaah noise. I said that I did not, and he said, “Well there’s one making it in a tree opposite the house right now.” So we went and opened the bedroom window, and sure enough, there was a furious racket coming from over the road; but after a few seconds the complainant revealed itself, and turned out to be, not a bird, but the squirrel I’ve posted to the extras. I don’t know what had upset it, but it was literally shaking the tree with its fury. 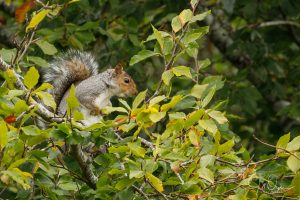 We then went up to Hillers for a late lunch (excellent), after which I left R reading in the café and went round to the hide in search of a photo. For a few minutes there was nothing at all in view, but then this yearling fallow buck picked his way very hesitantly into the clearing. He seemed to me to be underweight, and he was very nervous; the hide is quite open, and I was afraid that he wouldn’t come and feed because I was there, but I tried to keep as still as possible, and he slowly inched forward until he reached the discarded farm shop produce.

He selected an apple and ate it, but continued to be very wary – not of me, although by now I was risking taking photos, but of conversations that he could hear taking place in the show garden, to my left and his right. Shortly after I took this shot four other people arrived at the hide, and he turned and retreated back into the trees. Because I had my photos by this time, and five people in that hide is a bit of a squeeze, I left them to it, but I told them about the pricket and suggested that if they sat very quietly he might come back. If not, I’d expect him to try again overnight, while the garden centre is closed and quiet.

When I uploaded my photos I saw on a full-length shot that he has a small open wound on his left back leg, which was a little worrying. I’m not sure if anything can (or needs to) be done to help him, but I emailed the image to the Vale Wildlife Hospital, knowing that they’re very experienced in deciding whether to try to capture a wild animal, and and how to do it if they think it’s necessary. Other than the wound, and the fact that he’s very thin, he seemed to be in quite good condition – and he was certainly alert and feeding – so I hope that now he’s found the courage to approach the Hillers buffet he’ll be able to build himself up and heal the leg all by himself.