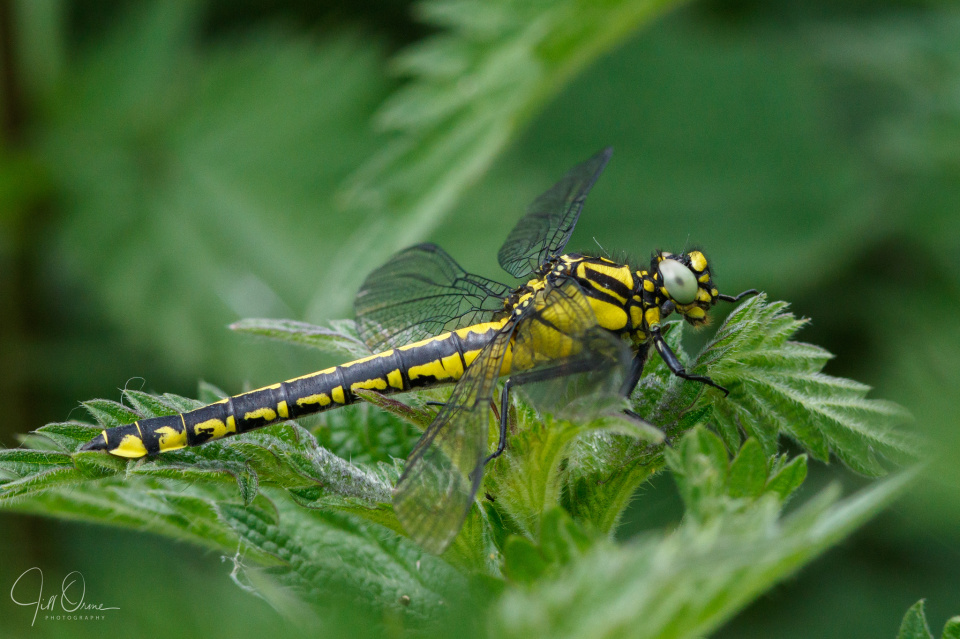 The Worcestershire recorder for the British Dragonfly Association organised an Odonata walk at Ripple Pits this morning, and I went along for the fun of it even though I ‘did’ Ripple yesterday (and even though there was plenty of stuff needing to be taken care of at home, before L and Baby B turned up at lunchtime for a 24-hour visit). There was a good turnout of Odonutters (plus a dog), and among them I was pleased to meet the recorder for Warwickshire, with whom I had a good chat, and who gave me what I hope will turn out to be very useful advice, about a stretch of the Avon he says has produced thirteen species for him already this year.

My own year list climbed to fourteen this morning, with the addition of the Black-tailed Skimmer, of which there were several newly-emerged male specimens skulking in the vegetation around the ponds and lakes. I had hoped to get a Hairy Dragonfly as well, and maybe even an Emperor, but it was quite a cool morning with long cloudy periods, and there wasn’t very much dragon activity going on around the standing waters, which represent the more exposed areas of the site.

After a couple of hours I felt that I really should be getting home, so I cut back to the car park along the bank of the Severn, chatting idly to a man who’d also been on the walk and was now heading in the same direction. When we reached the fishing bay where I found yesterday’s Common Clubtail I pointed out the spot on the top of the nettles where she’d been sunning herself, then we turned to walk on, and he gestured to the equivalent area on the other side of the bay and said, “Just like that one there.”

At this point, obviously, my return home was postponed until we’d spent ten or fifteen minutes photographing this fresh female from every conceivable angle that didn’t involve actually nettling ourselves. She wasn’t especially amused about all the attention, and I think we might have lost her if she’d been a little warmer. As it was she fluttered her wings at us a few times, and even took a couple of short flights around the nettle bed, but each time she came back down in almost the same place. In some of my photos she was clearly chewing, so these little circuits were allowing her to pick up snacks, as well as test her wings.

As you know, I love a dragonfly – any dragonfly really, though I do have favourites – and among the many reasons I like them so much is the simple fact that I think they’re beautiful. But. Even I have to admit that the Common Clubtail is a pretty strange-looking creature, and when I showed L this shot on the back of the camera earlier and she made a Yuk kind of noise, I didn’t get even a bit snippy about it, because in a way I could see where she was coming from. But looks aren’t everything, right? That’s what I’ve been telling myself for half a century, anyway. So yes, she’s a bit dumpy, and her markings are on the gaudy side (though the yellow will tone down somewhat as she ages), and those widely separated grey eyes are a bit weird, and the bright yellow bulge on her frons makes her look like she’s wearing a comedy nose…. but none of that is her fault, is it? She’s probably got a really lovely nature, which is far more important. But then again… she’s a dragonfly… so probably not. 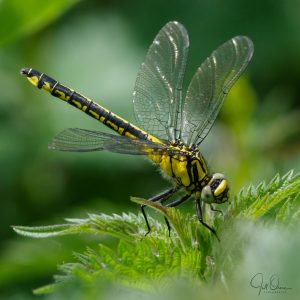 The extra shows her doing an irritable little wing flare, and gives an even better view of the comedy nose.