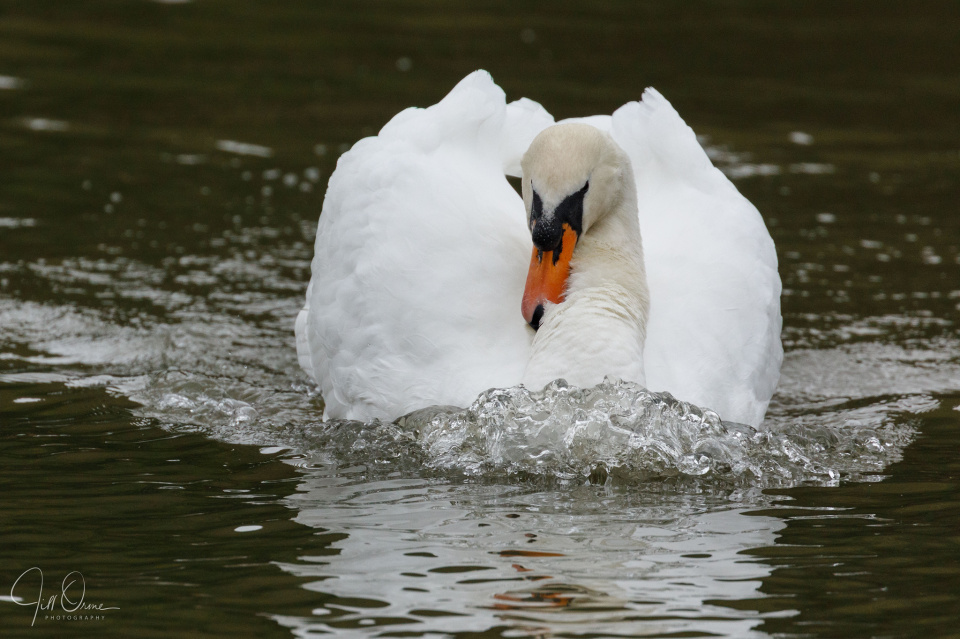 Bloods and physio today. Apparently I need to learn to live within my limitations.

Down at the river, the mature male swans have lurve on their minds. All the ones that are already paired up are concentrating hard on their females and working on their foreplay, doing the sinuous dances that reinforce their pair bonds, and preparing themselves to mate. The singletons are developing thick necks and bad tempers, and knocking seven bells out of each other at the least excuse.

There were several flare-ups while I was walking the river bank, and a couple of quite hefty cobs went past me with ragged flight feathers, looking as though they’d come second in a free and frank exchange of views. The juvenile males are especially twitchy though, because the seniors will turn on them just for getting in their way, and will pursue them pretty ruthlessly until their attention is diverted onto something or someone else.

This alpha cob was clearly looking for trouble, but the thing that distracted him from his intended target was me, and the thought that I might have some food. He steamed right up to me in this posture, but I sent him on his way with a stern talking-to. Living within my limitations doesn’t include being intimidated by this kind of nonsense.

(Between you and me though, I was quite impressed by his bow wave.)