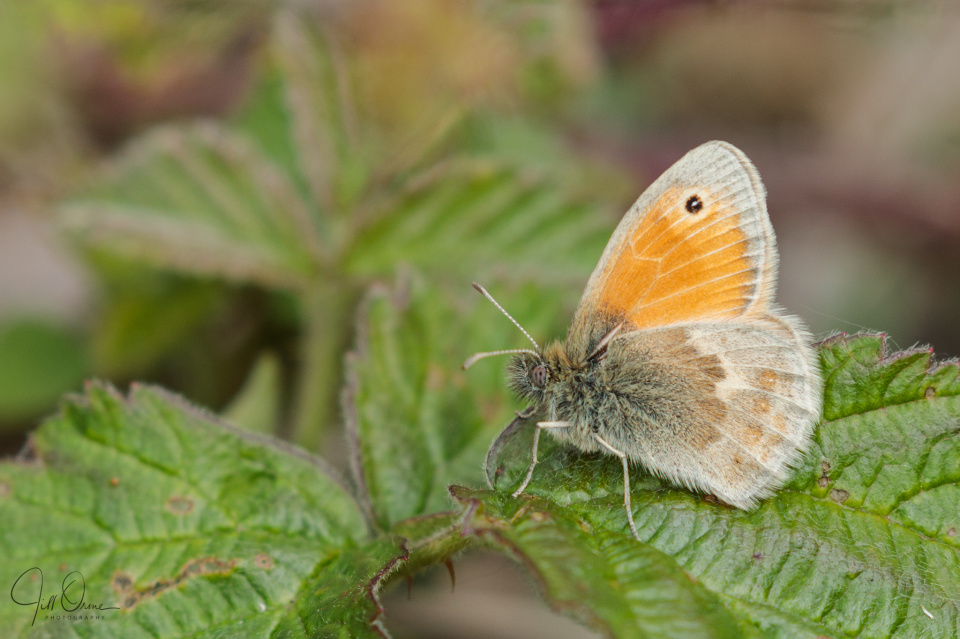 I wonder if you can find Small Heaths in Smallheath….?

Anyway, this Small Heath wasn’t in Smallheath. This afternoon I went down to the site where Hillyblips and I photographed Grizzled Skippers last year – with R riding shotgun, because it’s a slightly creepy place for a woman of a certain age to be going alone with quite a lot of valuable camera equipment. We met the kestrel who lives under the railway bridge – which is to say, we disturbed her, twice; and I found a Brown Argus, and this Small Heath, and a couple of thick-legged flower beetles. But other than that all we got was wet feet: Grizzled Skippers (worryingly) were there none.

Still, it’s always nice to manage a photo of a Small Heath, which is the smallest of our brown butterflies – about the same size as a Small Skipper or a Common Blue – and very shy and flighty. This was taken with the long lens because the far side of a bramble patch was as close as I managed to approach, and therefore the detail isn’t as good as if I’d been able to use the macro – but given that I’m not too displeased with it.