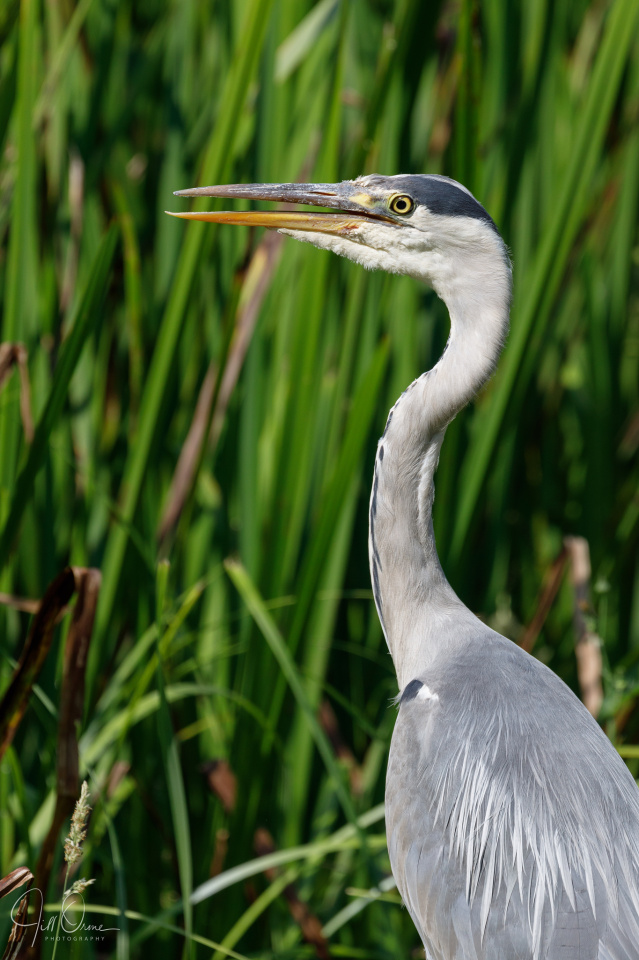 First thing this morning R and I decided to go over to Croome, with a view to taking some exercise before it got too hot. When we arrived at the lake R left me stalking Odonata and went off on his own to log yet more steps, which is bizarre behaviour in my opinion, but seems to keep him out of trouble, so I let it pass. There were plenty of dragons and damsels around, but with the exception of an ovipositing Emperor, all were species I’d already photographed this year. I’d been hoping for Migrant Hawkers, because I know they’re emerging now and Croome is a good site for them, but I didn’t manage to find any today.

I had just crossed the bridge onto the island, pausing in the middle to photograph a patrolling Emperor, and was making for the reed bed were I knew I was most likely to find the Hawkers, when I came face to face with this heron – almost certainly the same youngster I posted on Thursday last week. I’m not sure which of us was more shocked. The heron was standing in the shadow of a yew tree, hidden from the bridge and the path, watching the reed bed, and I was making for the same patch of shade with the intention of doing the same thing, and neither of us saw the other until we were only a few metres apart, at which point I skidded to a halt, and we stood and stared at each other for several seconds.

I had time to recover enough to think “photo opportunity” and loose off a volley of shots before the heron lost its nerve and took off, but it only flew to the other side of the channel – a distance of maybe fifteen metres – and then landed again. It then had a good scratch (which I thought might possibly be the heron equivalent of a cat washing itself when it’s discombobulated about something ), pulled some rather strange faces at me, marched down the bank, and disappeared into the far side of the reed bed. I’ve posted a photo of it scratching too, because it made me smile at the time, and still does now. 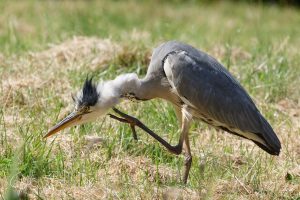