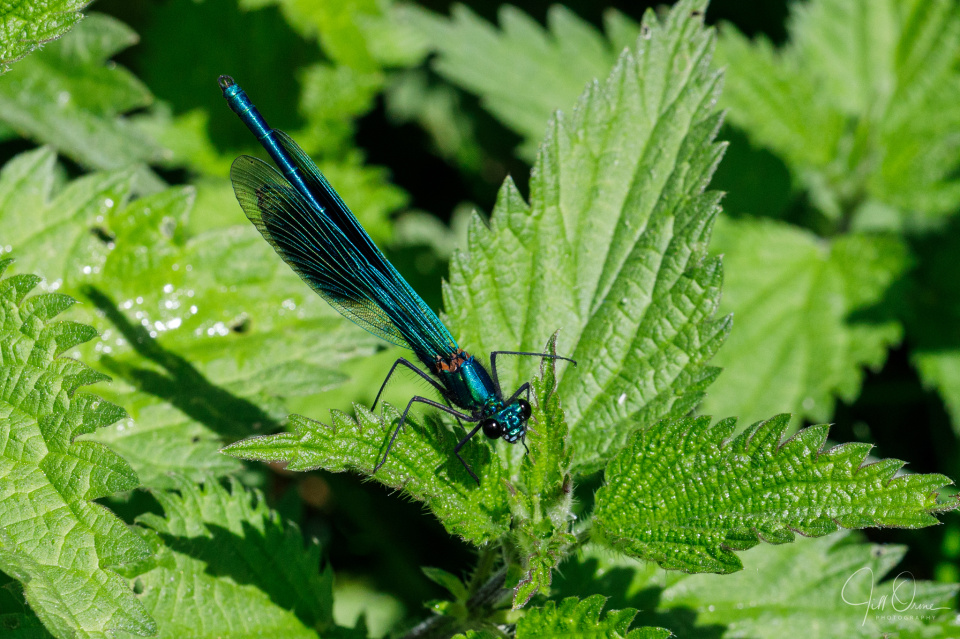 My plan for the day had been a big Odonata road trip, but the weather this morning put paid to that. By lunch time it looked as though the worst of the rain had played through, so I decided to risk zooming off to at least one local Odonata site, to see what I could find. Ripple was my first choice, because it offered a good chance of adding Beautiful Demoiselles to my year list, and maybe Common Clubtails and White-legged Damselflies as well. But it had the worst forecast by some way of the three locations I checked, so I down-shifted my expectations and went to walk the Eckington stretch of the Avon instead.

Eckington is one of my go-to places for Scarce Chasers, but the first Worcestershire records for this species only came in at the weekend, so I wasn’t surprised that I didn’t find any today. Having said which, one dragon-sized insect did drift away from the river and past my head, on shimmery wings, without me managing to get a good look at it, or track it to the spot where it came down in long grass – so a return trip on the next warm day when I have the time to get over to Eckington might well prove more fruitful. What I did see, in large numbers, were the Banded Demoiselles which are also a feature of this stretch of the Avon. I particularly wanted to get a postable photo of a male specimen, having already blipped a female this season, but for a while this looked unlikely because the boys were particularly skittish, and it was only the girls who were prepared to pose. Persistence won out in the end though, and with this little chap gazing at me so winsomely I can’t bring myself to wish that he was a Beautiful Demoiselle instead. Well, not much.

As you can see, it had recently rained when I took this photo. And yes, thanks for asking, I was out in the open at the time, and yes, I did get wet. But luckily I was only a couple of hundred metres from the railway bridge, and was able to take shelter through the worst of the shower. After a reasonable stretch of sparkly post-rain sunshine another bank of cloud rolled in, and I decided to call it a day at Eckington and swing round via Croome on my way home. By the time I got there the weather had improved again and there was plenty of damselfly action going on at the lake, though the only dragon I saw was a hunting Hairy, which was far too fast for me to capture in flight, and didn’t stop to have his photo taken even though I asked him nicely.