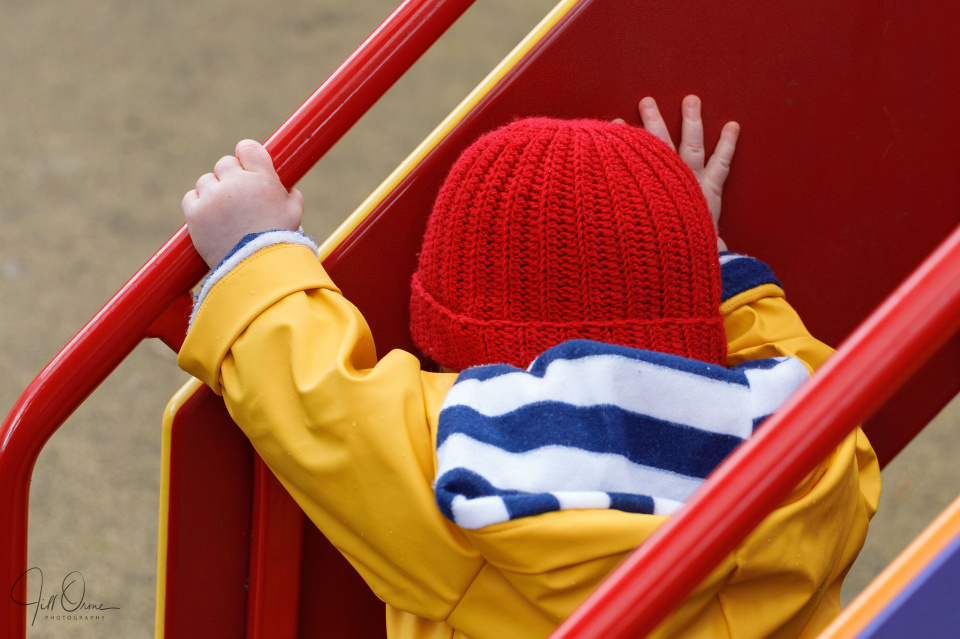 To Cardiff again today, where I’m happy to report that not only is Baby B now Covid-negative, but his molars are far enough through for the desperate discomfort of Monday to have stopped, and for him to have recovered his appetite. He was charming all day, cuddly not only with us but also with his favourite soft toys – especially a one-eyed knitted duck, which he kept tucking into his neck, while patting it gently on the back and murmuring “A, a,” to it. Utterly heart-melting.

His balance gets better every time we see him: not only can he now do standing dancing (much like Grandma J, who doesn’t like to risk moving her feet too enthusiastically these days), he can even crouch down from standing to pick up a toy from the floor, and then return himself to the upright without toppling over. He also did some quite well-controlled steps today, and just once, when he was standing holding onto a coffee table and I was sitting on the floor a few feet away, he accepted my challenge and walked slowly towards me, ignoring the proffered support of my outstretched arms and stepping right up till he could put his arms round my neck. When G joined us at the end of the afternoon B tried to demonstrate his walking skills to his Daddy too, but he was tired by this time and kept losing his balance and sitting down, which he found very frustrating. Even so, G saw enough to say that this amount of free walking was a new thing today.

When we took B to the playground this afternoon, wrapped up against an Arctic wind, I suddenly realised how superbly camouflaged he was in his outdoor plumage against the primary colours of the toddler play equipment. (I also realised that I was going to have trouble with that hat: I’ve had to desaturate the red in this image to stop it hurting the eyes.) The drops of moisture on the coat and hat here came from a sudden and unexpected snow shower, which very quickly became heavy enough for us to bundle up the Boy Wonder and tuck him into his pram under blanket and duvet. Ten minutes later the shower was past and the bright sunshine of the morning had returned, but by this time B was asleep. By the time we’d done enough circuits of the park for him to have had his afternoon nap, I was ready to fight him for the blanket.