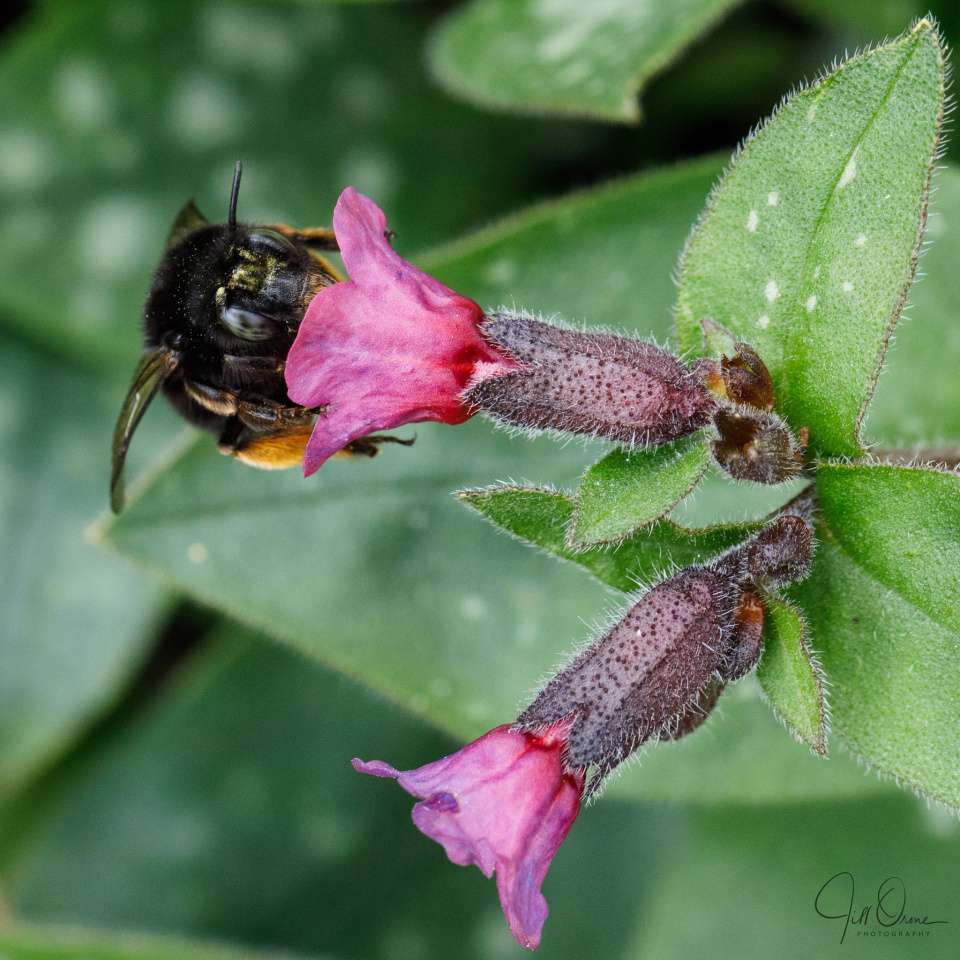 The girls are back in town.

When I first went out with the camera this morning it was still heavily overcast and bitterly cold, and apart from a couple of ladybirds the only invertebrates I could find were female bees: buff-tailed bumblebee and common carder queens looking for nest sites, an early bumblebee worker collecting pollen, and a couple of very fresh female hairy-footed flower bees feeding on lungwort. The bumblebees all ignored me, but both the plumpies reacted with disfavour when I tried to approach them, lifting away from their flowers, hovering right in front of me for a couple of seconds and seemingly trying to stare me out, and then zooming away the moment I began (tentatively) to lift the camera.

Female hairy-footed flower bees are naturally reactive because they regularly get jumped by amorous males, which they have to either evade or shake off, and I once read about a study that showed how much potential nesting time this costs them, so I try not to add to their problems by getting in their faces too much. Also, I was cold enough by now for my fingers to be going numb, so I went back to the kitchen and sat with the newspaper and a large mug of tea, until the sky lifted and brightened, and it suddenly warmed up by several degrees. On my next foray to the pulmonaria the male plumpies were out in force as well, and the females were too busy keeping half an eye on them to be concerned about me, so I was able to get my photos for the day with no more difficulty. 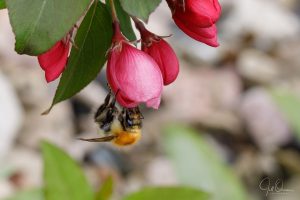 Tonight’s extra shows a common carder on half-open crab apple blossom, and is a companion piece to yesterday’s image.