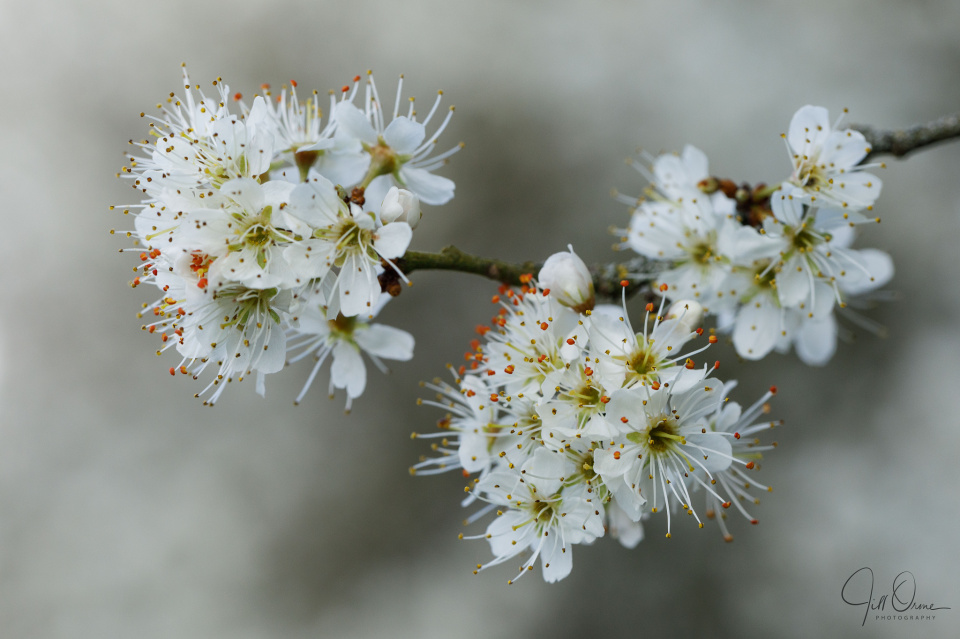 We kept the Arctic airflow today, though there were times when the sun emerged and the temperature crawled up to the middle single digits. Surprisingly, there were some solitary bee emergences in the garden, though the poor creatures must wonder why on earth they’ve left their nest cells when it’s so cold they can barely fly.

The blackthorn – furriest of the blossom, I always think – has now opened, and because it’s already suffering from sharp night frosts I wanted to try to capture it while it still looked reasonably fresh. At the stage of the morning when I went to look for blossom compositions there wasn’t much light, so I shot this on a wider aperture than I normally would, but I rather like the effect.