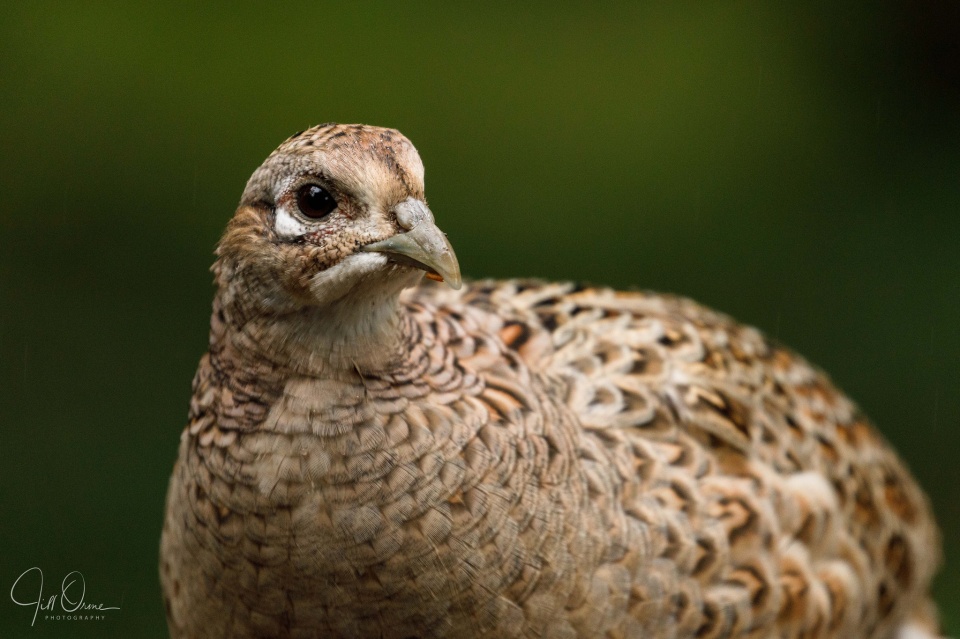 After a brief interlude of niceness yesterday afternoon that lulled us into a false sense of optimism, the weather today was, once again, horrible. We went up to Hillers in the middle of the afternoon, at which stage it was only drizzling, and while R read in the café I went round to see if there was anything in the wood outside the bird hide.

Shortly after I sat down the heavens opened, and forty minutes later, chilled to the bone, I was still there, waiting for the rain to ease. It’s not the only time I’ve been trapped in a hide by bad weather, but it’s the first time it’s happened so tantalisingly close to a hot cup of coffee, and I was Not Pleased. At one point two pheasants walked into the hide to take shelter, leaving again at speed when they realised there was a human there; I would guess from their attitude that they were also less than happy. In the end I had to woman up and run for it – after which restorative cake may have been eaten.

On the subject of hydration, I thought you might like a chameleon fun fact: being arboreal creatures, chameleons don’t generally recognise water unless it’s falling from the sky, and and can’t easily learn to drink from a water bowl. They prefer to lap moisture from leaves, which is why people who keep them tend to use drippers, and spray or mist their enclosures every so often. Alternatively, if water pools between the ridges on a chameleon’s head, it will then lower its head to allow the water to run onto its partly extended tongue. This fun fact is illustrated by my extra photo today, which was taken during Saturday’s workshop. 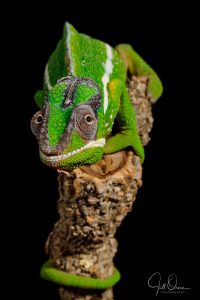