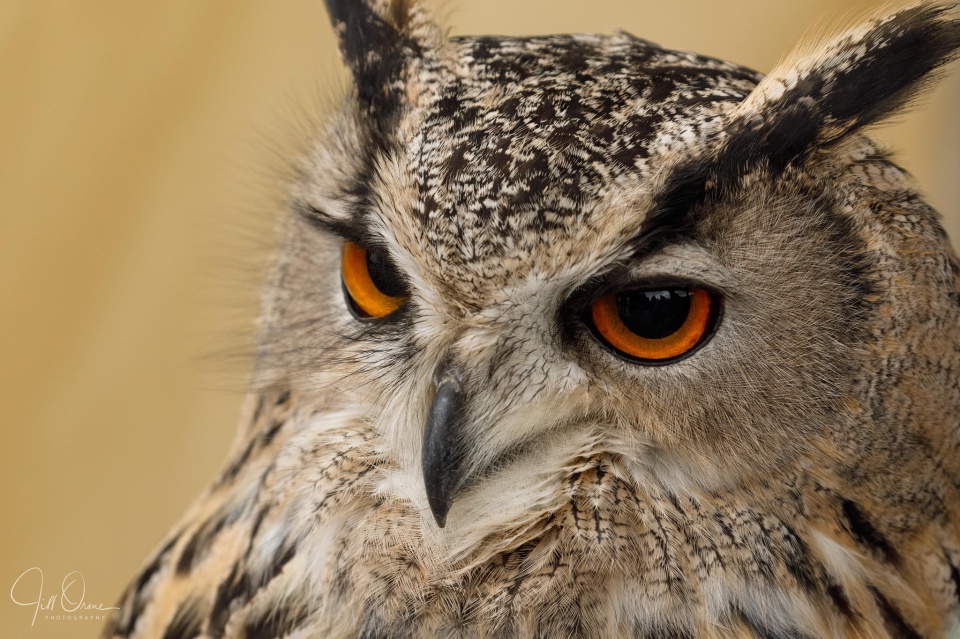 After yesterday’s workshop I had sooooo much processing to do today that I needed to be really focused, and spend all day at my desk. Which is obviously why, when R went to Stratford for some out-of-the-trench time, I went too. I wandered about at the river and snapped a robin and a squirrel, but failed to get the image I really wanted: despite the date, the cold, and the drizzle, there was a single Migrant Hawker flying close to Lucy’s Mill Bridge, but he was just a little too far away for the camera to pick him up in the gloom, and then he went down into the reed bed and didn’t re-emerge.

Nevertheless, I was happy enough with my robin and squirrel, and was on my way into town to join R for coffee, when I realised that the West Midlands Bird of Prey Rescue people were running a fundraising stall at the Bancroft Garden market. I’ve blipped their birds several times before, but I haven’t seen them for a while, and I never can resist an owl, so I went to give them some money and try for a few photos.

There were lots of people around the stall, which is obviously a good thing, but was making it hard to get a reasonable sight line; and there was also quite a lot of background clutter to try to avoid. But I consider myself to be trained now, after being repeatedly reminded yesterday that detail is good and not every photo needs to contain the entire animal – so I extended the zoom and went for the head shot, and when we got home and I uploaded my files I was pretty pleased with this image.

I’m not certain, but given his colouring I think this may be the owl they call The Jogger. If so, he must be around 20 years old now, which I thought was pretty remarkable, until I read that although this would be about the limit of a wild Eurasian eagle owl’s life span, in captivity they can live to the age of 60. There are some more facts about them here, if you’re interested.