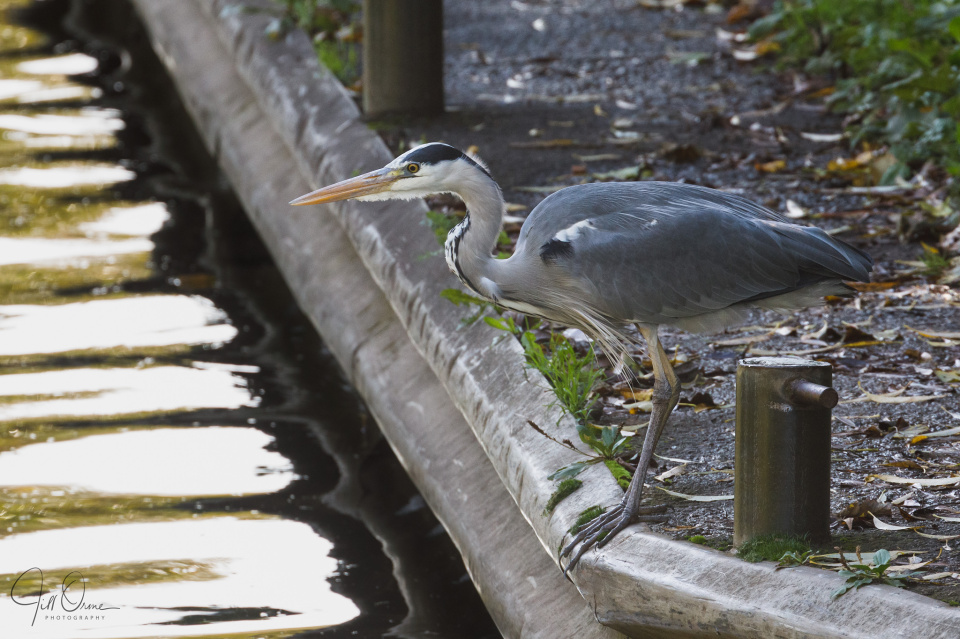 The forecast had promised a wet and horrible day, but the weather had other ideas and threw all its worst stuff at us overnight, so although it was still very windy today, it was also warm and sunny. I even wondered if there might be a dragon or two still around in Stratford, but was more disappointed than surprised not to see any as we crossed the Avon via Lucy’s Mill Bridge.

R spotted this heron, which was looking for fish from the island approach  to Stratford Lock – I’d glanced in that direction without noticing it, and would probably have walked straight past if he hadn’t pointed it out to me. I began by taking some photos from the south bank, but realised that if I went up onto the lock I’d be closer, and might have a more interesting perspective on the scene. From where I was standing, the light bouncing off the water was dazzling, and I found myself wondering what it was like from the heron’s position, and whether it was affecting the bird’s vision. Certainly we didn’t see it catch anything, though it crouched a few times as though it was preparing to strike, but it’s an adult bird, so presumably it knows what its doing.

Further along the river I was happy to see that the tufted duck count remains at twelve.