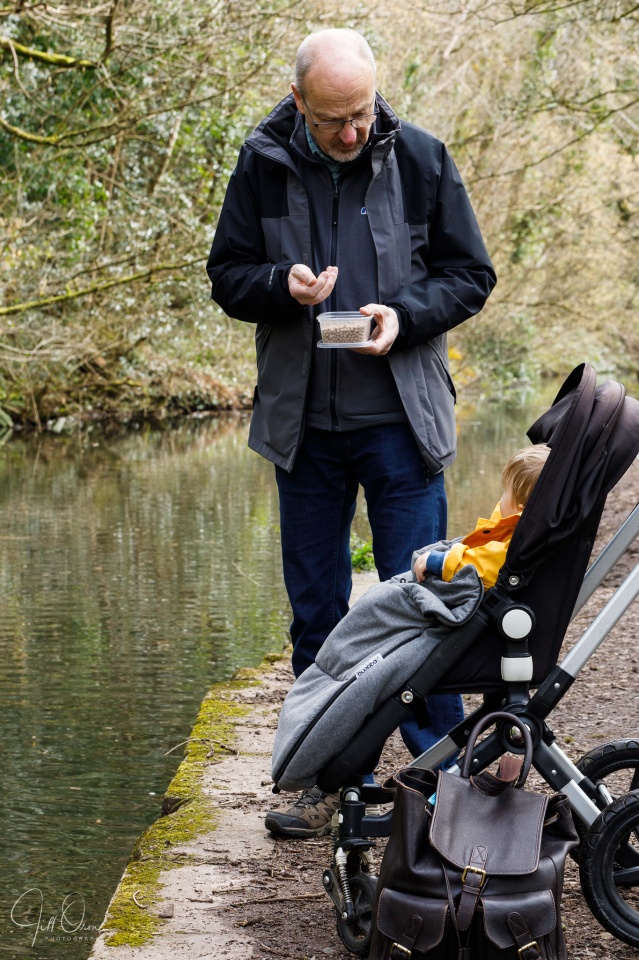 R and I had an excellent day with Baby B, who seems to have undergone another step change since we last saw him a week ago. He’s become very organised and focused in playing with his toys, especially his various shape sorters, which are his current favourite thing and with which he’s now very adept. He can walk a few steps on his own, and likes to practise this quite often, but otherwise stomps about very happily while holding on to whatever form of support is handy. He was also very cuddly today, which was charming.

After all the winter months during which our walks had to be timed to fit in around the weather, today was (relatively) fine and settled, so R and I decided to push our boundaries a little, and take the Boy to Forest Farm to feed the ducks. He already knew that ducks say “A, a,” but I don’t actually know whether he’d ever met one in the flesh before; in any case, he seemed to find the experience quite engaging, especially when there was a lot of duck chatter going on. He has a pretty effective right arm these days, and we briefly discussed letting him throw some of the water fowl nuggets, but in the end we felt that the risk of him deciding to eat them himself was still just a little too high. 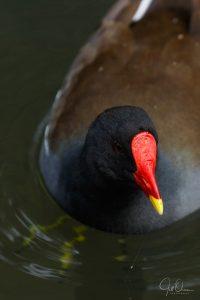 I’m happy with this photo as a record of today’s new experience, but I’d have liked it even more if I’d managed to get a duck or two in it as well. That’s something I can aim for on another occasion. Today’s extra also doesn’t have a duck in it, but is a shot of one of the Forest Farm moorhens, which surprisingly was allowed first dibs at the handful of nuggets I threw towards it, even though there were several (appreciably larger) mallards very close by. I can see why ducks might give a wide berth to a coot, but I’d always thought of moorhens as being relatively peaceable; apparently though, the mallards think otherwise.