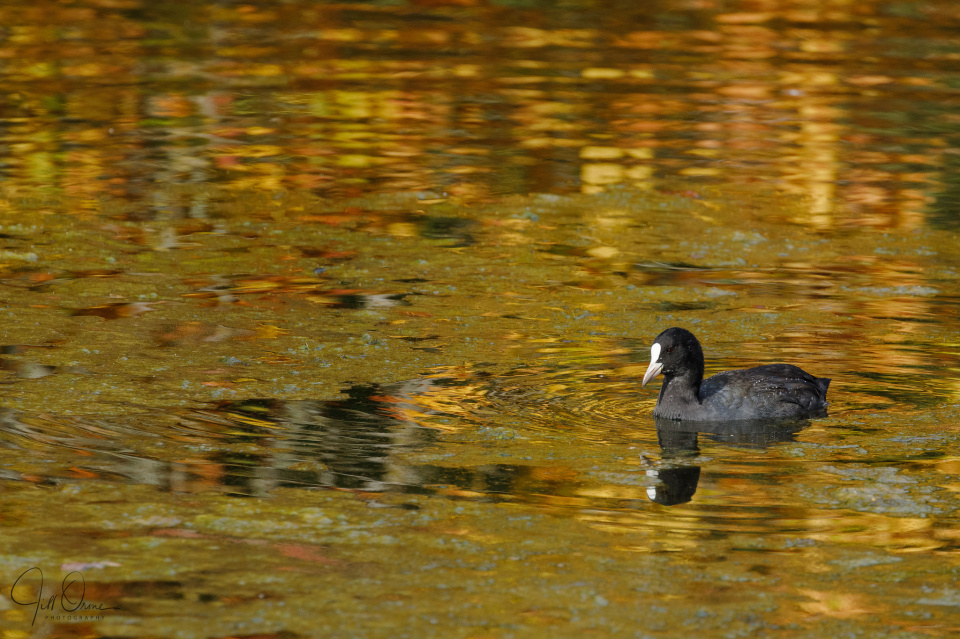 With bad weather forecast, and the dragon season galloping towards its close, I zoomed off to Croome this morning in the hope of photos. There were plenty of Common Darters around, mostly ovipositing in tandem, and a handful of Migrant Hawkers patrolling the lake and reed beds, but as the morning wore on and the cloud and wind both built they all became increasingly skittish.

I was standing on the gloomy side of the lake, snapping away at a Migrant Hawker that was having to work quite hard to hover in the strengthening wind, when I glanced up and saw that the sun hitting the opposite side was producing a beautiful golden reflection of the autumnal trees. All I need now, I thought, is for that coot to swim into that golden water…. and after a few seconds, that’s just what happened. When R saw this he pronounced it Klimtian, which made me very happy, and that’s why it’s my blip today.

R is also happy, because this morning he collected his new car, which is a better and prettier version of the one that was just sent for scrap. Clearly we didn’t ask or want to be in this position, but as we are, we’ve decided that the best response is to love the new vehicle, and keep reminding ourselves that, all things considered, we’re very lucky.