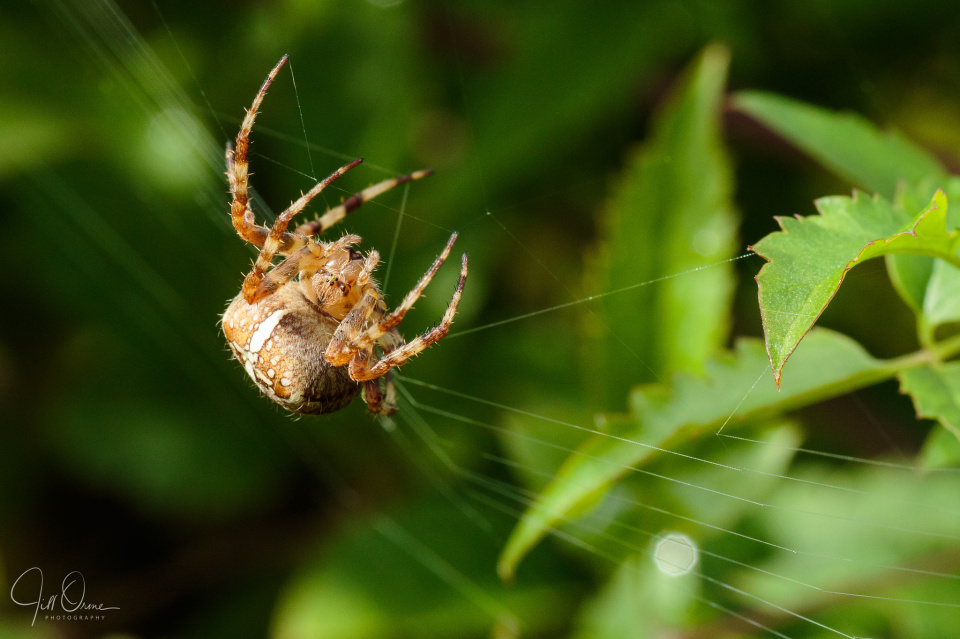 Spinning is one thing, and weaving is another, but this spider was doing both simultaneously: rapidly and efficiently manipulating the silk that she was producing from her spinnerets, with all eight claws, to produce a web. And this entirely instinctive skill is due to the chemical composition of her brain. Isn’t nature astonishing?

One of the harbingers of autumn for me is the appearance of large female garden spiders, laying traps around the garden for the unwary. I’ve never witnessed this myself, but I have read that they consume their web at the end of each day, along with any insects trapped in it, and spin a fresh one the following morning. If I remember, I’ll take a look at the clematis tomorrow and see if she’s reconstructing.

By the time a garden spider is as large as this she’s fully mature, and probably in the last weeks of her life. She’s likely to be gravid with eggs, and when she lays them she will wrap them in a silk cocoon and then stand guard over them until she starves and dies.

In 2010 Araneus diadematus was chosen to be European Spider of the Year, which is rather charming – but every year it’s my Spider of September.