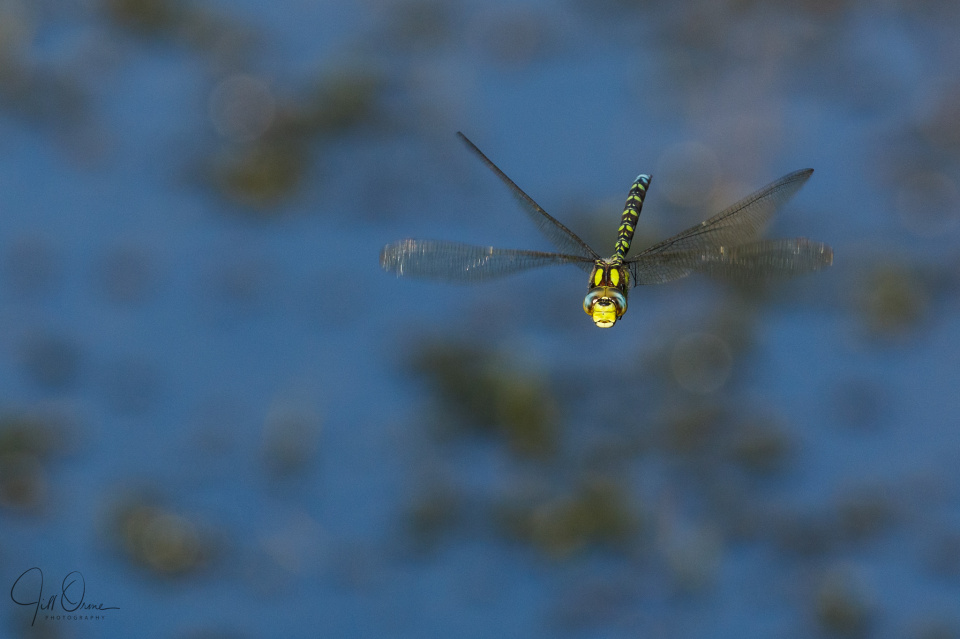 There were three male Southern Hawkers patrolling the pond at Grove Hill this afternoon. As long as the whole pond was in the light they managed – within reason – to keep out of each other’s way, but as the sun sank lower and the shade line crept further and further across the surface of the water, they were forced to hunt closer and closer together, and the dogfights became frequent, fast, and furious.

This did not make my task any easier, and I felt that insult was added to injury when every now and then I lost sight of one of them, and it then turned up hovering just a couple of feet behind me. It seemed as though they were having a laugh, to be honest. In the end though, persistence paid off and I caught some shots that I rather like – of which this is my favourite. 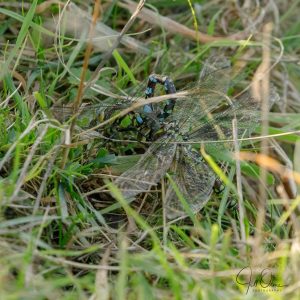 The extra is titled The Pounce, and shows the moment when one of the trio was attracted by a rustling of wings that had just caught my attention too, and swooped down on an ovipositing female. The girls are usually more circumspect than this one when there are males about, and will even dive deep into a reed bed in order not to be grabbed before they’re ready to be mated again, but this one chose her egg site poorly. The next shot in my sequence – sadly rather blurred – shows him lifting off with her dangling below him, with her forelegs raised to either side, as if to say Oh good grief! Not again, surely…??!!