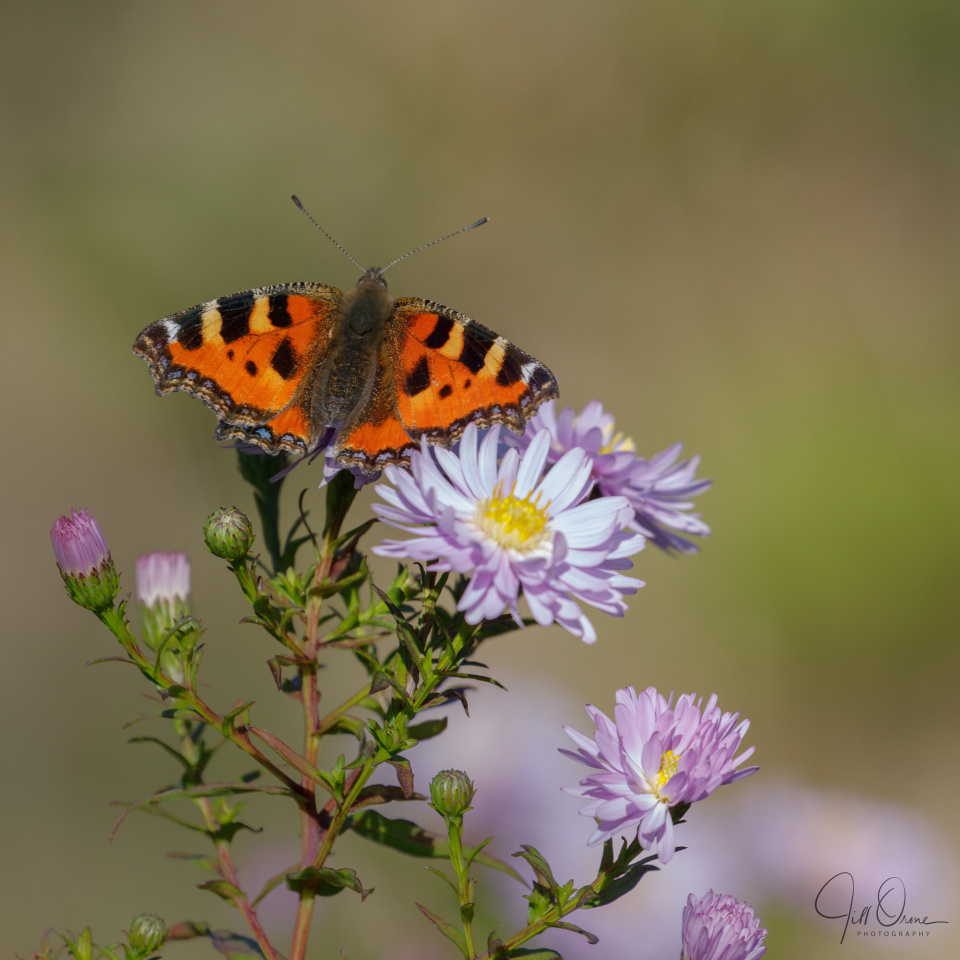 We’re having some work done on the house at the moment, and for much of the day the place was pretty much barricaded behind vans, ladders, and heaps of materials and equipment. The workmen said that if either of us wanted to go out they would clear a path through for us, but I didn’t want to interrupt their work, so I confined myself to a walking mini-beast safari around the village.

I found lots of hoverflies and bees, including some lovely ivy bees, on – appropriately – the flowering ivy in some of the hedgerows; though I was disappointed to see that a lot of it has been cut hard back, and is flowering quite poorly. It’s a mystery to me – by which I mean that it makes me furious – that some of my neighbours have such a passion for tidiness that they think it’s OK to take loppers and strimmers to wild vegetation that provides food and shelter for insects. In my opinion, if they want to live somewhere without a blade of grass out of place, they should remove themselves to a town.

Luckily, there are still some areas of the village that are still quite reliably wild (though I hesitate to publicise them in case someone decides to “improve” them), and I headed for a spot where I know there’s a large clump of self-sown asters, which provide valuable nectar for butterflies at this time of year. This Small Tortoiseshell was having to compete for the buffet with hoverflies and honey bees, but was using its elbows to good effect, fluttering its wings grumpily to clear everyone else away from each bloom that it visited. All this conflict was making it quite restless and skittish, so all I could do was focus and fire each time it briefly settled, leaving composition to be sorted out in post-processing.

When I arrived back home there was a hummingbird hawkmoth whizzing around the red valerian on the front wall – but it treated my attempts to photograph it with contempt, and the best shot I managed was a rear view of it disappearing along the side of the builders’ van. Because it’s quite amusing, I’ve added it here; I really like the attitude, and the coiled proboscis. 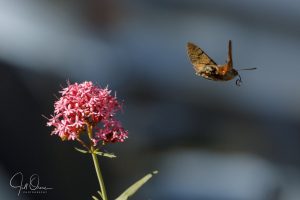