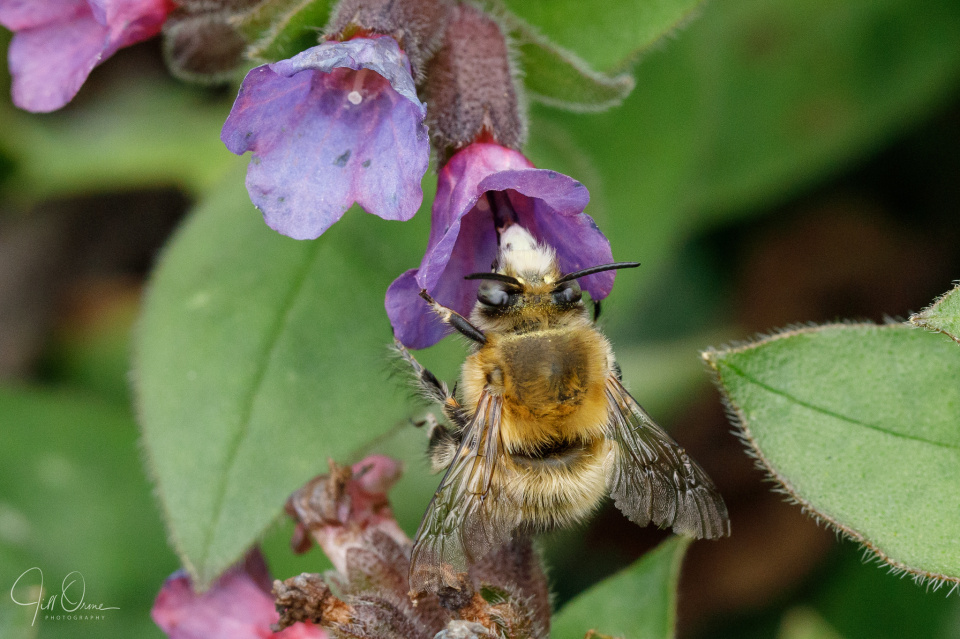 I spent a dull morning trying to wrap up a project that’s been irritating and depressing me in almost equal measure for the past week, and finally sent it off at about noon (a full twelve hours before the deadline I’ve known about for several months). R and I then ran some errands in Stratford, including the self-congratulatory consumption of coffee and cake, but though we took the opportunity to walk along the river, everything was pretty quiet and there was certainly nothing photogenic occurring.

Back at home I wandered around for about an hour with the macro, but although it was reasonably warm, and brightened slightly as the afternoon wore on, there were very few invertebrates around apart from a decent tally of plumpies. I was looking particularly for the dotted bee-fly I found and then lost again yesterday, but there was no sign of him (the most obvious sign of a Bombylius discolor, if there’s one in the vicinity, being the faint but persistent high-pitched whine of its wings, which is unmistakeable once you’ve learned to recognise it). I hadn’t intended to post another hairy-footed flower bee today, but needs must, and this male is still pretty striking despite having been out and about for two or three weeks now.

I’m hoping that the spring will come back soon, to get all the inverts flying again and liven up the garden – but having looked at a 10-day weather forecast, I’m definitely not holding my breath.