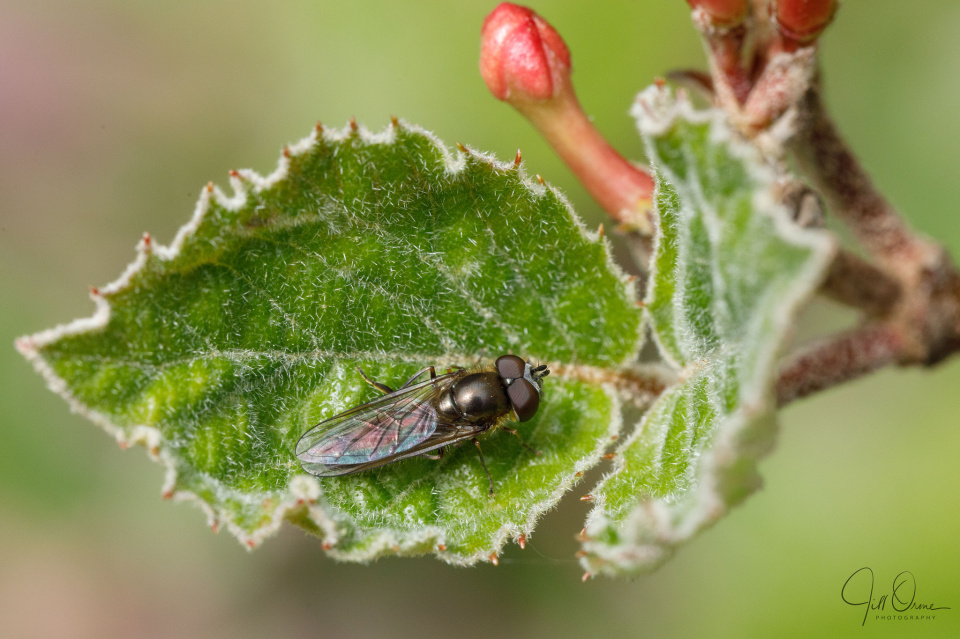 A couple of days ago I spotted a hoverfly in the garden which I tentatively suggested to the Recording Scheme might be Platycheirus ambiguus. I was very pleased when one of the admins accepted the identification, because it was a first record for this garden – and quite possibly for the district, because this is almost certainly an under-reported hoverfly. According to the Hoverfly Recording Scheme the reason for this is that it’s an early flying species, but I think Wikipedia has more probably nailed the issue: it’s “similar to several other small hoverflies and can be problematic to identify”. The reason I favour the Wikipedia explanation is that having spotted and correctly identified one specimen of Platycheirus ambiguus on Friday, today I completely failed with this one, and had to resort to posting it on the HRS page on Facebook, and waiting for someone else to tell me what it was.

Should you be wondering, the males of this species are unusual among Platycheirus in having grey abdominal markings rather than bronze ones, and the females in having stripes rather than spots. The face is very heavily dusted with grey, and males are unique within the genus in having entirely normal front legs – all the others have variously oddly shaped tarsal segments. If you can get close enough to see (bearing in mind that the entire creature is only about 7mm long), the male has bristly front femurs, with a single, longer, curled hair just above the ‘knee’. It is visible in this photo, but only if you’re able to zoom right in.

P. ambiguus is especially attracted to blackthorn blossom, and its peak season coincides with the flowering of blackthorn during April. Males will hover in groups around a blackthorn tree, waiting for the arrival of females. Other blossoming trees and shrubs are also visited though: my first specimen was feeding on the blossom of our laurel hedge, and I spotted this one on a Viburnum judii, whose buds are about to break. Females lay their eggs on blackthorn and damson, and possibly other fruiting trees and bushes, and the developing larvae feed on aphids on their leaves.