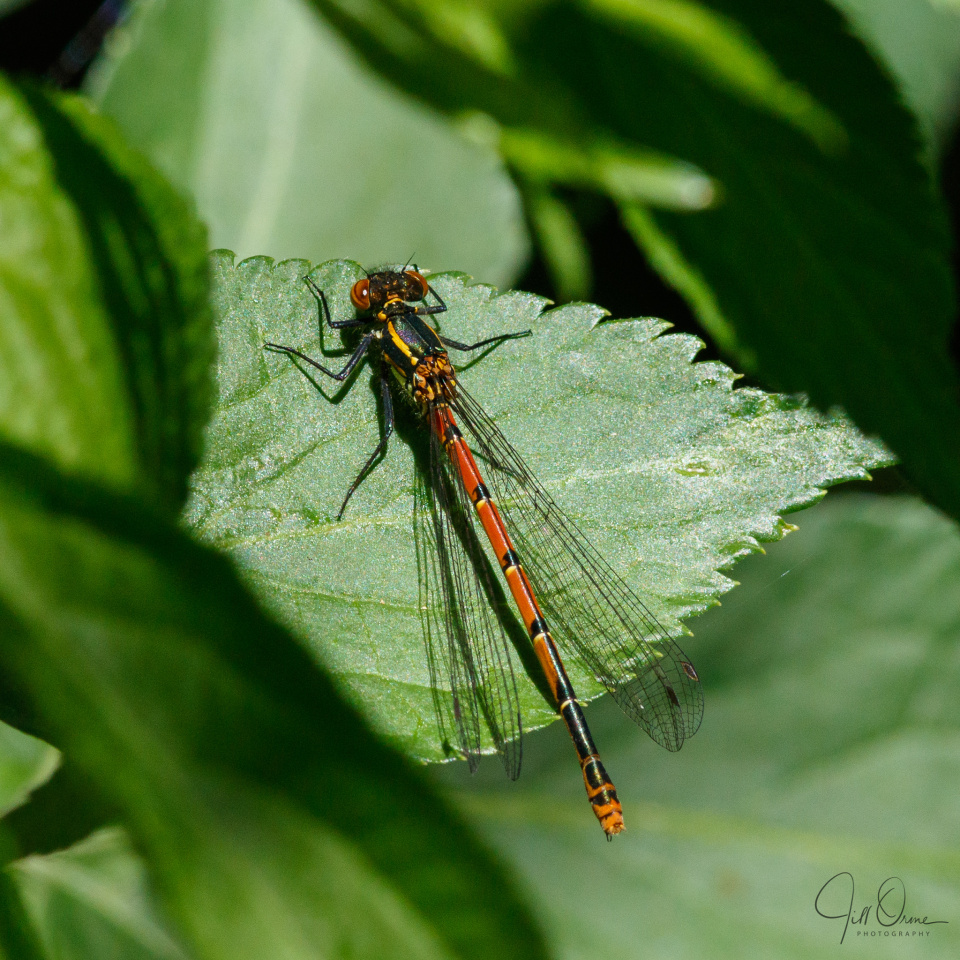 There were two Large Red Damselflies working the wild garden this morning, this female and a male, both semi-mature, and neither, so far as I can see, having come out of either of our ponds. They were fairly skittish and disinclined to be photographed, but I managed to catch them both with a 300mm lens, which I was using on the second camera at the moment in preference to the big zoom, because it’s much lighter, and therefore easier on my hands.

Female Large Reds are slightly heavier and thicker in the abdomen than their male counterparts (ahem), but both come in at around 3.5cm in length. There are three slightly different colour forms among females, this one being a ‘fulvipes’, which is the reddest of the three, though she still has noticeably more black and yellow on her abdomen than a male. It’s not the markings you really need to look at though, in trying to decide the sex of a damselfly, but the anal appendages: this female has an ovipositor, while the male I posted a week ago has claspers for grasping the pronotum of the female during copulation.

I’m posting the damselfly tonight, because of course – it’s Odonata season!! – but also because I quite like this as an image. But the photo I’m most pleased with out of today’s haul, because it took a lot of careful stalking to achieve it, is this image of a fabulous fresh Xylota segnis hoverfly – one of three that turned up in the secret garden this afternoon, along with a Leucozona lucorum, and what I think (after exhaustive and exhausting research) might be a Pipiza noctiluca. All in all it was a very good day, invertebrate-wise.