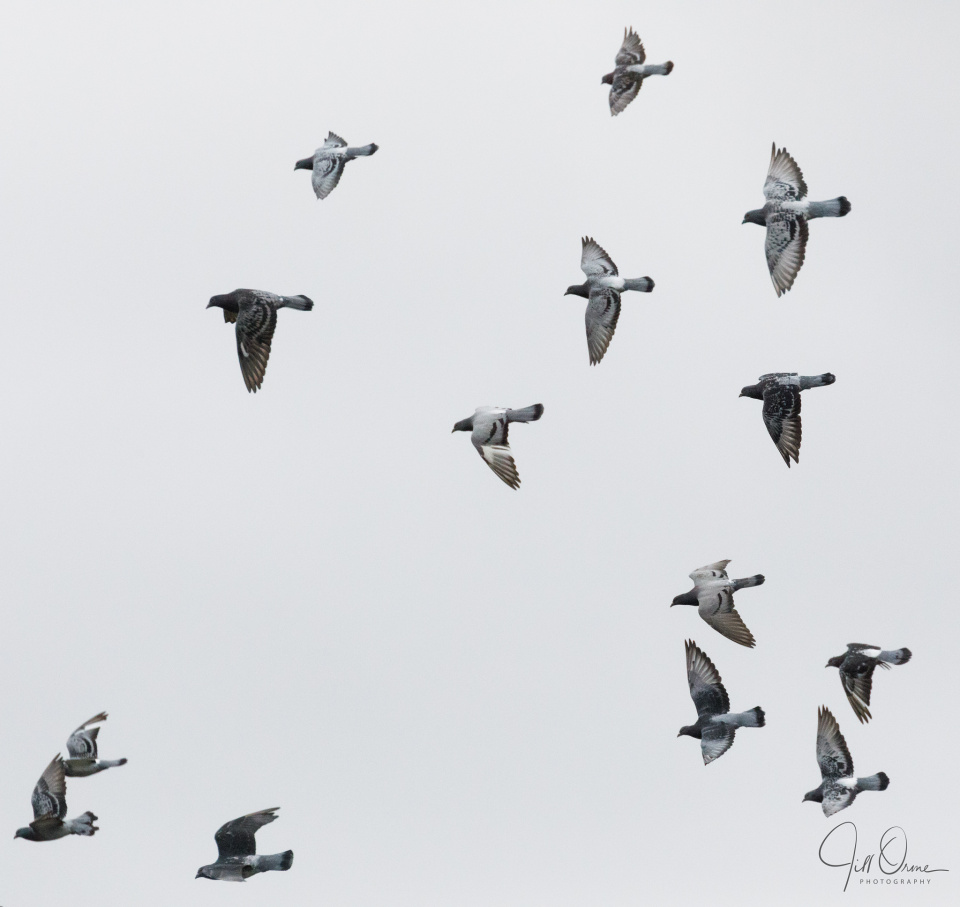 I haven’t converted this to black and white, or desaturated it at all – it’s exactly as I took it. So you’ll probably be able to work out what kind of day it was. My other candidate for a post was a shot of a swan coming towards me along the river, which I was thinking of calling “colour pop” because the only element of colour in it was her bill; but in the end I’ve gone with this because it’s reasonably different to my normal shtick.

As well as being cold and overcast, with occasional flurries of rain, there was quite a stormy wind blowing, which seemed to be disturbing all the birds at the Avon to various degrees. A large flock of these pigeons lives around the Bancroft Basin, usually squatting on the roof of the old Cox’s Yard building if they’re not down on the wharf begging for food, but today they kept taking off en masse and zooming around like a starling impersonation act, settling briefly, and then taking off and swirling round again.

I find the range of patterns – if not colours – in the plumage of these birds quite interesting; in one of my other images there’s one that’s almost completely white, and another that’s nearly black. This would repay being viewed full-screen, if you have the time. And if you’re one of those people who are repulsed by pigeons (in which case, my apologies), I’ve posted a different view of yesterday’s fallow buck, and the rather handsome crow I photographed the other day (I know – apologies again) to Facebook.