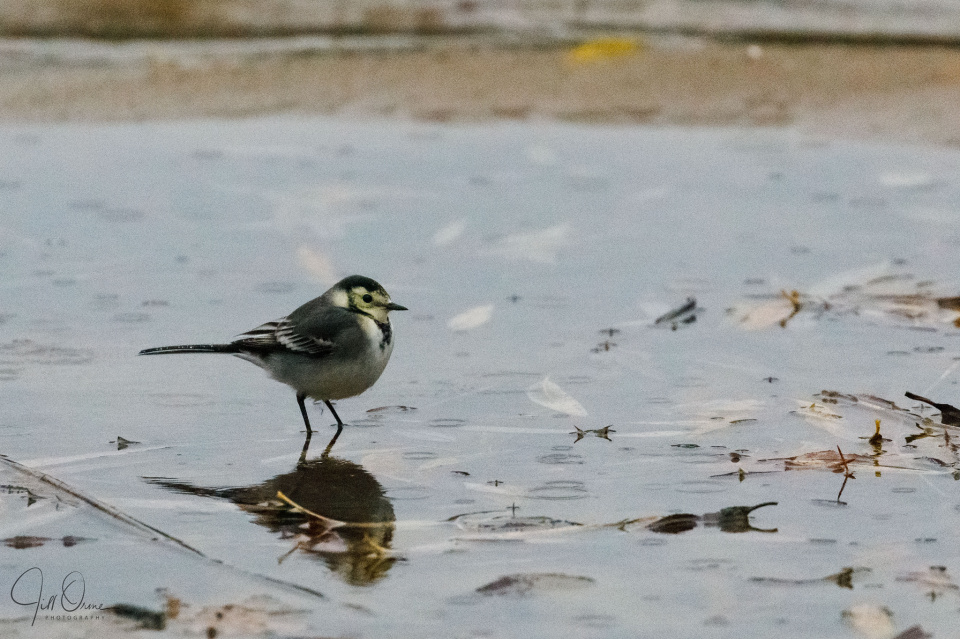 “Is it always so quiet?” I asked a woman walking her dog around Frensham Little Pond. “No,” she replied, “it’s usually full of birds. Maybe they don’t like the weather.”

If so, I can’t say I blamed them. I’d driven through almost biblical weather to reach Surrey, with no more than a few metres of visibility on the motorways due to pouring rain and swirling spray, and gusty side-winds threatening to send the MX-5 across the road if I didn’t hang on tight to the steering wheel. In fact I wouldn’t have been out at all, but for the fact that I’m taking a (very exciting) workshop in Lightwater all day tomorrow, because of which I’m staying overnight in Farnborough. After much internal debate before setting off, I decided that Frensham would be a stop that ought to guarantee me some kind of photo – but when I arrived the light was already poor, and the only birds I could see were a couple of distant great crested grebes.

Making the best of a bad job I decided to walk the perimeter of the pond anyway, just to stretch my legs, and realised that in better weather this should be an interesting wildlife site. The pond, created in the C12th to supply fish for the table of the local bishop, sits in the midst of mixed deciduous and coniferous woodland, surrounded by a heather moor – which suggests that the soil might be acid, and the Odonata interesting. According to a poster in a bird blind it hosts some nice birds as well – both residents, and passage and winter migrants; I could hear some bird conversations going on in the sanctuary reed beds and in some gorse bushes on the moorland, but couldn’t see the owners of the voices.

I’d walked most of the perimeter and was reconciling myself to posting a grebe, when a noisy flock of small somethings flew in over the pond and settled at the shore line. By now the light was Stygian, and I had to approach slowly and quietly until I was really quite close before I could see that they were pied wagtails. I run across these amusing little chaps quite frequently, but only ever in ones or twos, so it was very interesting to watch a flock of between twenty and thirty birds feeding together and chattering away to each other. This is a first winter juvenile, and was either especially brave or especially dozy, because it let me get to within a few yards before moving away to the next little bay to rejoin the rest of its flock. The ISO here is sky-high, so I don’t recommend that you view it full-screen, but I’m still glad to have captured the photo.