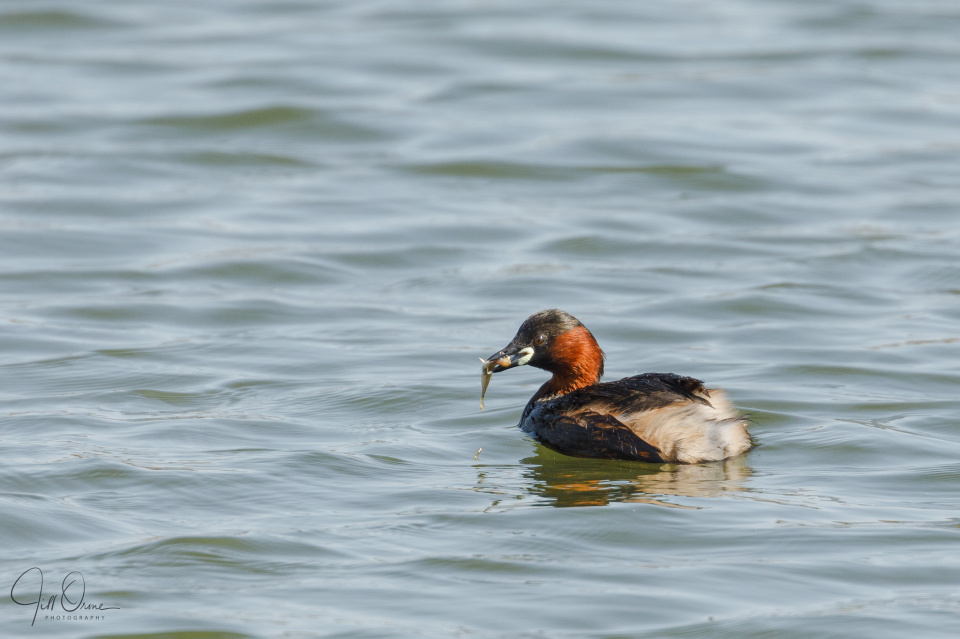 I decided to zoom up to Kemerton Lake this morning, to check on the grebes. But my vision of a peaceful couple of hours in the hide came to nothing – partly because there were other people in it (the outrage!), and partly because of the unholy din that was coming from all quarters of the lake, as birds staked out their breeding territories or serenaded their loved ones. Not only were the natives noisy, they were flighty and reactive, and almost all of them, including the normally adventurous little grebes, were giving the hide a wide berth.

It was quite interesting to watch what was happening in the reed bed around the channel to the west of the hide, where I think there must be several little grebe nests; I couldn’t actually see any of them, but a furious defensive noise was set off from very specific places if any other bird ventured too close. Every now and then a little grebe would appear from the reeds, swim to the lake end of the channel, dive, and then return whence it had come with the catch, swimming much of the return leg under water, but popping up every few yards as though checking its position. Its return would be met with chattering from inside the reeds, but sounding more like a greeting than an alarm call. All of this makes me think that eggs are already being incubated, which is quite exciting.

This was one of a few little grebes that didn’t seem to be paired up, and were swimming around fairly randomly. Even this one was quite a way out from the hide, so the shot is pretty heavily cropped, but I was pleased to catch it in a patch of reasonably kind light with its lunch.

It was round about this point that the other people in the hide left. I was just beginning to settle into a happy state of solitude when I heard feet on the boardwalk, and approaching voices; the door opened; a man’s head appeared round it. “Oh,” he said. “Hello.” “Hello,” I replied (quite brightly, I contend). The head was withdrawn; the door closed; the feet and voices retreated. Now, I’ll be the first to admit that I’m not always the friendliest of souls, but on this occasion I really don’t think that I was growling. Rather, I think that I was getting in the way of an assignation – and if I’m right, it’s the second time this has happened in the last six weeks. But it could be worse: what I really don’t want is to be arriving after the assignation has already started. I know it’s the breeding season, but that is definitely not on my list of interests.