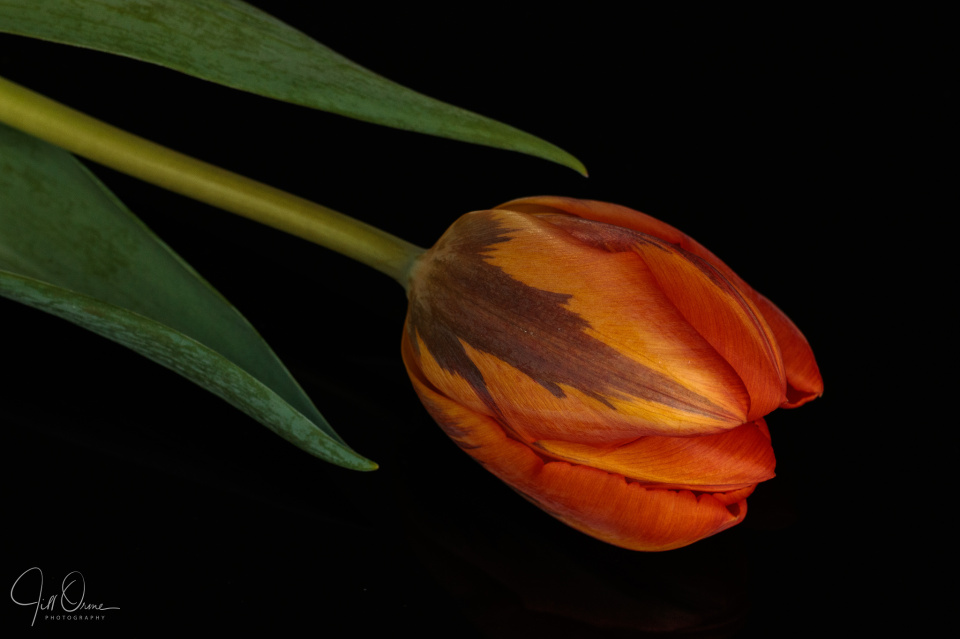 Or is it Mothers’ (plural) Day?

I was called away yesterday morning from photographing the dock-bug-that-turned-out-to-be-a-box-bug, to accept delivery of a package sent by the Offspring in advance of Ancient Parent (Female) Day, and which turned out to contain two bunches of mixed tulips, a box of filled macaroons (strawberry, pistachio and chocolate), and a pack of sunflower seeds. I’m sure you can imagine the broad smile that being so well-understood by my children brought to my face!

Today I’ve had long phone chats with both of them (more broad smiles), and enjoyed a delicious lunch cooked by R; we then had the macaroons with our coffee, and they were lush. The tulips are opening nicely already, and I’ve chosen this one to represent my day of feeling loved and lucky because it’s rather dramatic and unusual.

I haven’t spent much time outside today, partly because it’s been cold and overcast, and partly because I’m quite tired after last night’s gig, which involved a lot of standing in a cramped space where it was difficult to shift position to ease complaining joints. But I did swing once around the garden, and spotted a sloe bug sitting in the euphorbia, eyeing the roses. It quivered its antennae at me, but needn’t have worried – I think there will be enough rose leaves for everyone.