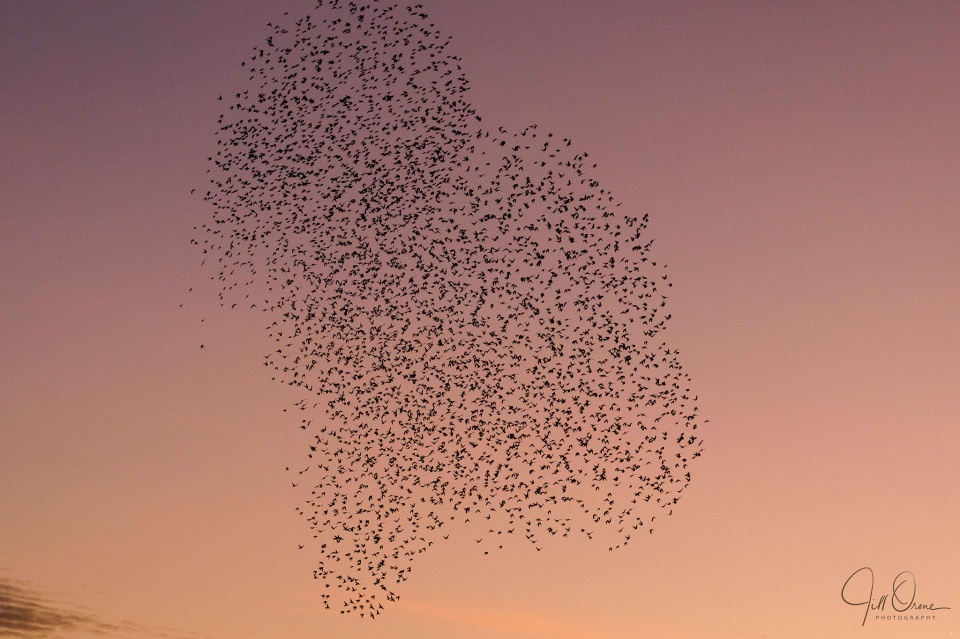 Today was my day for being deprived of a morning, my dignity, and much of the Offspring’s potential inheritance, at the dental practice in Coventry. On the plus side, I got gold stars for the state of my canine tooth, and the fact that my jaw is still managing to cling on to it – so yay me.

When I eventually escaped, clean of teeth and light of wallet, I decided to cheer myself up by going to Brandon Marsh, where things were generally pretty quiet, though there was a little ripple of enthusiasm going around about a female goldeneye and a pair of Egyptian geese on the East Marsh. Personally, I was dubious about the geese, but I was assured that they’re now counted as British birds, having established a self-supporting wild population.

At any other time of the year I wouldn’t have stayed long when there was so little to see, but today I was hoping for a starling murmuration; so I walked around all the hides and then hung out in the café until an hour before sunset, and then went up to Alban’s Marsh at the eastern end of the reserve, where I was told that the starlings have most recently been roosting. Over time several other people joined me there, and together we went through all the normal murmuration stages: anticipation, anxiety, loss of faith, revival of hope…. and then disappointment, when it became obvious that tonight’s chosen roost was going to be Central Marsh, on the other side of a stand of trees. Despite this we did have some nice sightings – including this one against a multicoloured sky; and this, where the collision of two small flocks momentarily formed the shape of a heart.

“How do they all know?” I said. “I mean, who decides to change the roost, and how do the rest of them know to go to the new place?” “It goes up on Twitter,” someone replied.